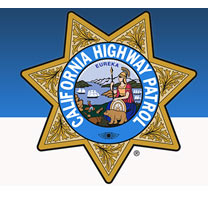 Roseville, CA- On March 17, 2019 at approximately 1:35am, the California Highway Patrol (CHP) received reports of a traffic collision within the intersection of Marconi Avenue at Bell Street.

CHP Officers arrived on scene and discovered a two-vehicle traffic collision had occurred. During the initial on scene investigation CHP Officers learned a 36-year-old female from Sacramento, who was traveling with her 9-year-old son, was driving her 1998 Toyota Corolla westbound on Marconi Avenue approaching Bell Street. At that time, Rene Zaragoza Jr., (03/26/1991 of Roseville) was driving his 2010 Infinity QX56 southbound on Bell Street. As the Toyota entered the intersection, Zaragoza Jr., failed to stop for a red light, entered the intersection, and collided with the Toyota. Zaragoza Jr., fled the collision scene. Both occupants of the Toyota were transported to local area hospitals with major injuries.

As CHP Officers continued their investigation, they were informed that the 9-year-old boy had died as a result of his injuries. Officers went to Zaragoza Jr.’s residence where he was located and taken into custody.

Zaragoza Jr., was treated for minor injuries and subsequently booked into the Sacramento County Main Jail on multiple felony charges including: 187 PC – Murder, 20001 (a) VC- Hit and Run causing injury or death, 23153 (a) VC- Driving under the influence of alcohol causing injury or death, and 23247 (e) VC -Failure to have in ignition interlock device.