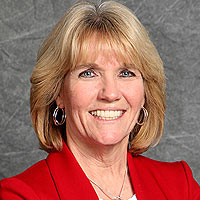 Jill Geller has been a park and recreation professional for more than 30 years, spending her entire career at the Johnson County Park and Recreation District (JCPRD) in Johnson County, Kansas. Having served in numerous capacities, she has been the agency’s Executive Director for the past 5 years.

During her tenure in this leadership role, JCPRD has twice received national accreditation and was a recipient of the National Recreation & Parks Association (NRPA) National Gold Medal of Excellence. Jill has also served on numerous non-profit boards.

She is excited to join the team and looks forward to advancing the efforts of our valued parks, recreation and libraries. Jill is a graduate of the University of Kansas. She has served Kansas well as a member of the Kansas Governor’s Council on Fitness and past-president of the Kansas Recreation and Park Association.