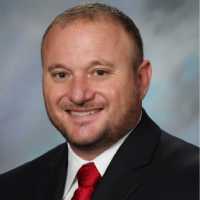 Rosevile, CA- The Roseville City Council announced it has selected Dominick Casey to be Roseville’s next City Manager, following a competitive search. Casey has been serving as Acting City Manager since April 15, following the announcement of former City Manager Rob Jensen’s retirement.

“Dom impressed the Council with his leadership, vision, energy, and commitment to our community for the long term,” said Roseville Mayor Susan Rohan. “He’s successfully handled the kind of tough issues in an acting city manager role that usually come up just a few times in most city manager’s careers.”

Casey is a graduate of Northern Arizona University and received a master’s degree in management from Chadron State College. Casey lives in Roseville with his wife and four children.

“But as we plan for our future, I recognize we’re in the midst of a world that is changing profoundly and rapidly. That’s why I’m looking forward to working with the Council and the community to create a new vision-one that will best position our city both to withstand and to thrive during these changing times, laying a strong foundation for our future.”

As City Manager, Casey will continue to oversee a citywide budget of half a billion dollars, including a general fund budget of $139 million, along with 1,060 employees and 14 departments. Roseville is one of California’s few full-service cities, which owns its own electric, water, wastewater and solid waste utilities, along with providing police, fire, public works, development, and parks, recreation and library services.

Being a full-service city is an important draw for business attraction and retention since it allows Roseville to have streamlined control of all the community’s key public services. This has earned Roseville a reputation as a business-friendly city with a high standards for its municipal services and quality of life.

Consistent with City policy, the Council anticipates a starting salary in the median range for city managers even though the size of Roseville’s budget, staff, and range of municipal services are much greater than most California cities. Contract terms are being finalized and will be considered at the August 15 council meeting. After approval of the contract, Casey will officially assume his new title.