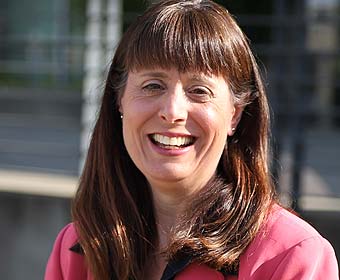 Roseville, Ca- At its April 7 meeting, the Roseville City Council named Michelle Sheidenberger as the new City Attorney effective May 29, 2021.

Sheidenberger, who has served as Assistant City Attorney since 2015, will replace Bob Schmitt, who is retiring after 22 years of city employment including more than six years as City Attorney.

“This is more than a job to me, Roseville is my community and my home.”

In making this appointment, the City Council turned to an internal candidate as its first choice.

“Michelle’s handled high-profile, high stakes issues for the City of Roseville for many years, including navigating the City’s transition to district-based elections, staffing the once-a-decade Charter Review Commission to review how the City governs itself, and successfully handling environmental litigation. She has earned the high level of trust she has with the Council, staff, and community, and I’m delighted she’s accepted this new leadership role.” said Roseville Mayor Krista Bernasconi.

As City Attorney, Sheidenberger is the chief legal officer of the City and will lead a team of attorneys responsible for a wide range of municipal activities and legal matters, including preparation of ordinances, resolutions, and contracts, and management of litigation. The City Attorney also reviews and analyzes the City’s position on legislation affecting the City.

“This is more than a job to me,” Sheidenberger said. “Roseville is my community and my home. This is where I’ve raised my family and I have a vested interest in ensuring the Council can achieve its goals.”

Sheidenberger began her legal career working for a federal judge in Sacramento before joining the City in August 2001. At various times during her tenure with Roseville, she served every department in the City and served as chief legal counsel to 10 boards, commissions, and committees.

Sheidenberger earned a bachelor’s degree in political science from UC Davis and her law degree with great distinction from the McGeorge School of Law at University of the Pacific’s Sacramento campus.

The City Manager and the City Attorney are the only two staff positions directly hired by the City Council.