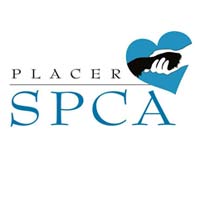 Each year, the Placer SPCA recognizes both people and animals for their heartfelt and courageous efforts to make our community a more compassionate place. Nomination forms and event tickets are available at placerspca.org/funnybones. Nominations are due March 1st.

Last year’s recipients included Placer County Sheriff’s Office K-9 Eros, who was shot (but thankfully recovered) in the line of duty during a gun battle with a murder suspect; Placer SPCA volunteer, Anne Hauber, who at 94 years young has dedicated the last 24 years to helping our furry friends in need; Lady the dog, who acts as a calming presence for the grieving families of Cochran & Wagemann Funeral Directors; Ben Nuckolls and Laura Morin of California Wildlife Encounters for their efforts in rescuing thousands of animals ranging from domestic to rare and endangered wildlife; and Mocha the dog, who was adopted from the Placer SPCA to a young woman living with cerebral palsy and battling PTSD.

Funny Bones includes a comedy show featuring comedian Brad Upton, a buffet dinner, silent and live auctions, the Hero Awards presentation, and so much more. This year’s event will be held at the Timber Creek Ballroom at Sun City, Roseville (7050 Del Webb Blvd., Roseville) on Friday, March 27th from 5:30 – 9:30 p.m.

Those interested in attending Funny Bones are encouraged to act quickly, as tickets typically sell out prior to the event. Individual tickets can be purchased for $100 (or $175/couple) if purchased by February 29th, or $125 (or $225/couple) if purchased on or after March 1st.
Sponsorship opportunities are now available.