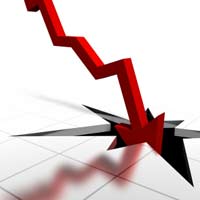 Unemployment remains over 200% higher than year ago

Placer County boasts one of the lowest unemployment rates statewide, just below a handful of counties statewide, including Marin County and Santa Clara County.

California’s unemployment rate dropped 1.8 percent to 9.3 percent in October as the state’s employers added 145,500 jobs1, according to data released today by the California Employment Development Department (EDD) from two surveys. It is the third-highest single-month job gain in the current data series that dates back to 1990. This comes after September’s upward-revised gain of 102,400 jobs (+6,400 jobs from previously reported gain). California has now regained nearly 44 percent of the 2,615,800 nonfarm jobs that were lost due to the COVID-19 pandemic in March and April.

Counties at or above 10% Unemployment

California’s Labor Market, by the Numbers…