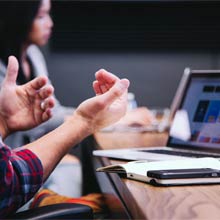 Sacramento, CA – California’s unemployment rate improved to 11.4 percent in August as the state’s employers added 101,900 jobs1, according to data released today by the California Employment Development Department (EDD) from two surveys. This comes after July’s downward-revised gain of 83,500 jobs (-23,600 jobs from previously reported gain). California has now regained nearly a third (33.9 percent) of the 2,615,800 nonfarm jobs lost during March and April as a direct result of the COVID-19 pandemic.

The region unemployment rate is down significantly over the past few months during COVID restrictions, yet regionally remains over 200% higher than a year ago.

California’s Labor Market, by the Numbers…

Data Trends about Jobs in the Economy

This information comes from a monthly survey of approximately 80,000 California businesses that estimates jobs in the economy – seasonally adjusted.

Data Trends about Workers in the Economy

Employment and Unemployment in California

This information is based on a monthly federal survey of 5,100 California households which focuses on workers in the economy.