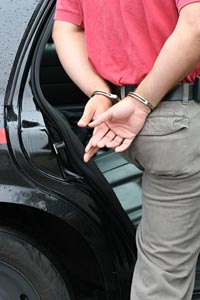 AUBURN, Calif. – The Placer County Probation Department has been awarded a $97,821 grant from the California Office of Traffic Safety, ensuring that high-risk, repeat DUI offenders with suspended or revoked licenses are complying with all court orders.

“Driving impaired is a choice and our department is committed to holding DUI offenders accountable,”

“Driving impaired is a choice and our department is committed to holding DUI offenders accountable,” said Placer County’s Chief Probation Officer Marshall Hopper. “This grant increases our ability to manage this population and allows for increased contacts and community supervision of these high-risk repeat offenders.” stated.

The grant will fund Probation Department personnel to monitor drivers on probation for felony DUI or multiple misdemeanor DUI convictions, including conducting unannounced Fourth Amendment-waiver home searches, random alcohol and drug testing, and making sure those on probation are attending court-ordered DUI education and treatment programs.

The grant also funds probation sting operations. Specifically, when probation officers go out in search of DUI offenders with outstanding arrest warrants for failing to show up to a court hearing or violating the terms of their probation.

This grant is aimed at reducing the number of persons killed and injured in alcohol- and other drug-related collisions in Placer by preventing DUI offenders with suspended or revoked licenses from getting behind the wheel and violating the terms of their probation. In 2015, nine were killed and 136 injured in such crashes in Placer County.

“Intensive supervision of DUI offenders helps ensure that these offenders are not a risk to themselves or others,” Office of Traffic Safety Director Rhonda Craft said. “Our coordinated effort with the Placer County Probation Department to keep a close eye on DUI offenders reduces their chance of re-offending, making roadways safer for everyone.”

While alcohol remains the worst offender for DUI crashes, the Placer County Probation Department supports efforts from the Office of Traffic Safety surrounding their “DUI Doesn’t Just Mean Booze” initiative. Prescription medications and cannabis can also be impairing by themselves, or in combination with alcohol, and can result in a DUI arrest.

Funding for this program was provided by a grant from the California Office of Traffic Safety, through the National Highway Traffic Safety Administration.