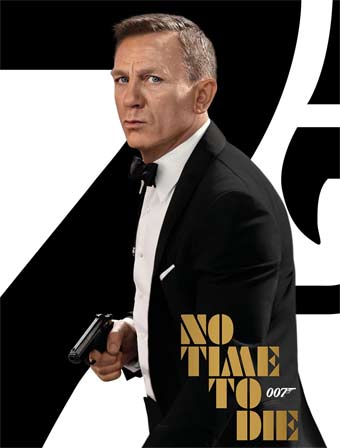 Bond is Back in Daniel Craig’s Finale as 007

Roseville, Calif.- The most successful James Bond character in the history of Hollywood’s longest running movie franchise, Daniel Craig returns one last time to take on the villains of the freedom-loving world.

Roseville and Rocklin Theaters are filling up and welcoming the return of Ian Fleming’s most famous character. The James Bond franchise has raked in billions and entertained audiences in film since a 31-year old Sean Connery appeared in Dr. No back in 1962.

No Time to Die is taking over the big screens around the world.

Here’s where to watch No Time to Die and order tickets online for Roseville and Rocklin locations.