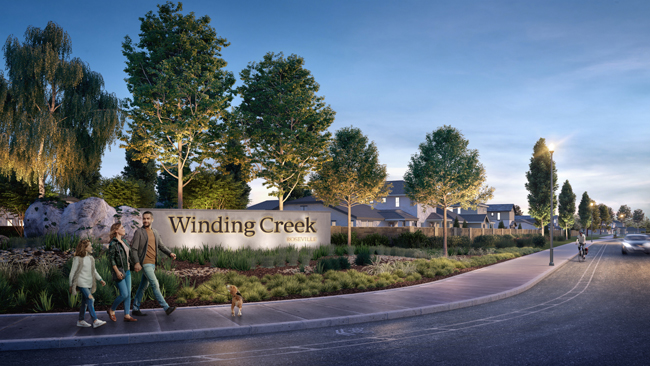 Roseville, CA – More than 1,300 people from throughout California and as far away as New Hampshire and India have registered their interest in Winding Creek. The new 500-acre master-planned community in northwest Roseville will have model homes debuting in early 2021.

Once complete, its more than 2,000 new family homes will be connected to parks, a new elementary school, and retail amenities through an integrated trail network, walking paths, and bridges, set against the backdrop of the Sierra Nevada Mountains.

“The impressive interest in Winding Creek during these times is evidence of the thoughtful planning that’s been underway on this project for more than eight years,” says Matt Gustus, Vice President Home Building at Anthem United, Winding Creek’s developer.

“Our goal has always been to ensure this new community supports the needs of both current and future Roseville community members, along with making a positive contribution to the overall growth of the area.”

Those needs include long-overdue infrastructure improvements to ease ongoing traffic congestion for the broader Roseville community.

The last major phase of road construction designed, built and funded by Anthem United opened to traffic September 18th. It includes the extension of Westbrook north to Winding Creek, Westbrook south of Blue Oaks, and Blue Oaks west of Westbrook.

Gustus says, “The road extensions are a cost-effective and timely addition that will cut emergency response times in half from Fire Station 9 to west Roseville. They also make it easier for residents throughout the broader community to get where they need to go.”

Among Winding Creek’s other contributions is a 9.26-acre site reserved for a mix of commercial and office uses. The site will complement new retail locations planned for the area, including Raley’s and Nugget Grocery stores. 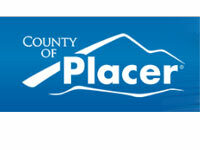 Financial hardships ahead for Placer County? 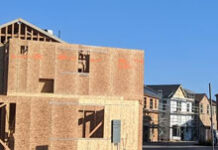 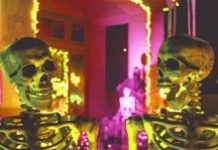 Tips for a safer Halloween during COVID-19

Financial hardships ahead for Placer County?

Tips for a safer Halloween during COVID-19