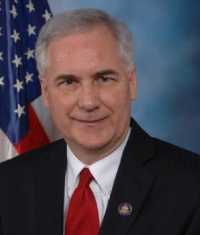 I write to support the many local citizen groups that are seeking a resolution declaring that Placer County opposes California’s so-called sanctuary laws. I also urge you to join the 12 California counties and 42 California cities that are challenging them as incompatible with the rule of law and the supremacy of the federal Constitution over immigration.

California’s policy of releasing dangerous criminal illegal aliens back into our communities rather remanding them to federal authorities for deportation presents a critical public safety issue for the people of Placer County. It also imperils federal law enforcement officials who must then attempt to arrest them at grave personal risk to themselves and to innocent bystanders.

There is good reason for immigration law to be in federal hands and every reason for state and local governments to cooperate in their enforcement. If our immigration laws are to be ignored, as sanctuary supporters advocate, then our national borders mean precisely nothing. Nations that cannot or will not defend their borders aren’t around very long. The open borders advocated by California officials are suicidal for any nation.

Placer County has suffered grievously because of the non-enforcement of our immigration law. The bloody rampage by a twice-deported illegal immigrant in 2014 claimed the life of Placer County Sheriff’s Detective Michael Davis. Democratic government relies on fidelity to law. If the law is abandoned, our democracy would dissolve into anarchy. Detective Davis gave his life to uphold the law. All that is asked of Placer County Supervisors is to take a stand in its defense.

Tom McClintock represents the people of California’s historic gold country and Sierra Nevada in a district that stretches from Lake Tahoe, through Yosemite Valley and on to Kings Canyon.