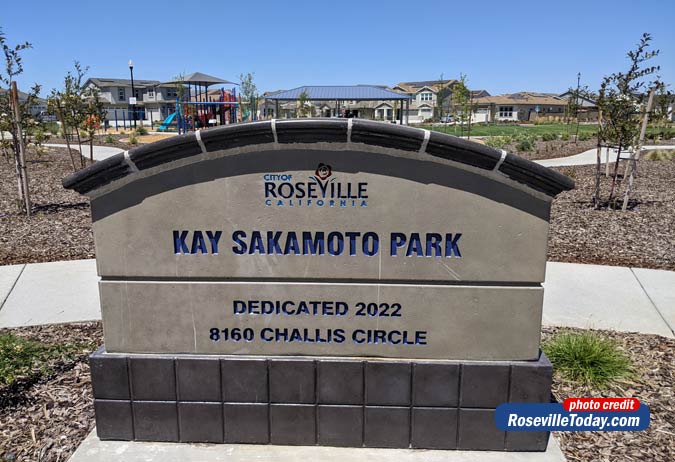 Respected by colleagues, greatly missed by friends and family

Roseville, Calif.- A gifted anime artist, avid bicyclist and dedicated Community Service officer who faithfully served his community are just a few of the words used to honor Kay Sakamota on a plaque at Roseville’s newest community parks.

Named on January 19th, the Kay Sakamota Park in west Roseville at 8160 Challis Circle stands to honor the park’s namesake. Kay Sakamoto joined the Roseville Police Department as a community service officer on July 1, 2006. CSO Sakamoto, who earned an associate’s degree in drafting from Sierra College, used to work locally as a design draftsman prior to finding his “true calling” with the Roseville PD.

This is a 1.5 acre pocket park built by Taylor Builders on behalf of the City of Roseville.

Fun Fact. Roseville Parks includes fun and inspiring inscriptions on the back of its park signs. Each time you visit a new park in Roseville, be sure to take a look behind each park sign for a little inspiration.