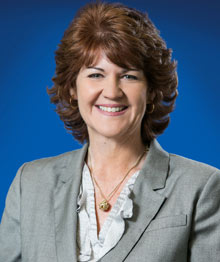 Menzel most recently served as the Chief Operating Officer for the Roseville Medical Center. She has worked in all aspects of the organization, successfully leading the development and implementation of key approaches to care that differentiate Kaiser Permanente in the area of service, clinical excellence, and utilization management.

In 2016, she returned to Roseville as the Chief Operating Officer and has worked on several high-priority projects to ensure the highest quality patient care. She has also played an integral role in the medical center’s response to COVID-19.

Menzel earned her Bachelor of Science in Nursing and Master of Science in Health Care Administration. She is a Board-Certified Nurse Executive through American Nurses Credentialing Center, a member of the Association of California Nurse Leaders, American Organization of Nurse Executives and the American College of Healthcare Executives. She graduated from the Executive Leadership Program at Harvard University in 2018.

Menzel replaces Jordan Herget who left Kaiser Permanente to take a new role as Chief Executive Officer for a medical center in Idaho.