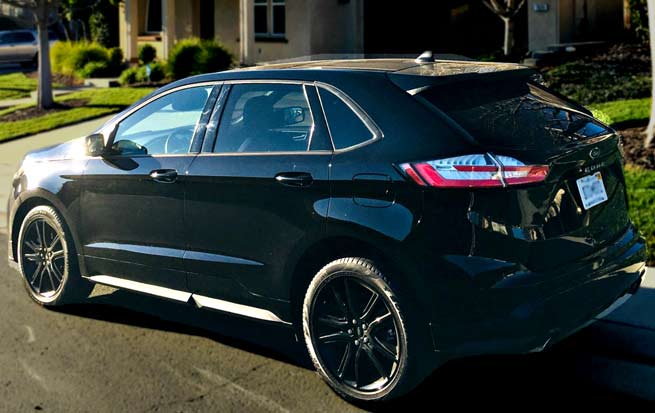 Reportedly slated for a final version in 2023

Roseville, Calif.- If purchasing a Ford Edge is being considered, don’t wait too long.

According to Automotive News, Ford will reportedly discontinue the Edge and its more luxurious twin – Lincoln Nautilus – after producing one final version in 2023. That may be why neither midsize crossover has had a major redesign since the 2015 model year.

It’s not a shocker that Ford is pulling the plug on the Edge, which is coming off its worst year of sales (85,225) in its 15-year existence.

Introduced in 2007 with promising sales of 130,125, the Edge is one of the oldest vehicles in the midsize SUV class. Due in part to the lack of major changes, the Edge is feeling its age, most notably the outdated cabin.

Historically, the Edge has never excelled in any one area, yet it was solid in many categories. Competing against the segment’s many upper-level standouts was always difficult.

The 2022 Ford Edge has two rows of seating and slots between the smaller Escape and the larger, three-row Explorer.

New for 2022 are standard all-wheel drive, a larger 12-inch touchscreen, and the off-road Adventure package.

The Edge has two engines, yet all but the ST model come with the standard turbocharged 2.0-liter, four-cylinder that generates 250 horsepower and 280 pound-feet of torque. It’s paired with an eight-speed automatic transmission and travels 0-60 mph in 7.5 seconds.

The more performance-laden ST is equipped with a turbo 2.7-liter, V6 engine that produces 335 horsepower and 380 pound-feet of torque. It has a seven-speed automatic transmission and goes 0-60 mph in 6.8 seconds.

As mentioned, all-wheel drive is standard in every Edge model. The four-cylinder gets mediocre gas mileage at 21-28 mpg and the V6 ranges from 19-25 mpg.

We found the Edge has dependable steering, handles well, and is no major chore to maneuver when squeezing in tight spaces. One complaint is the ride fails to absorb the bumps very well on uneven surfaces.

Considering the Edge won’t be around in two years, it’s unlikely Ford makes many or any interior changes. The new 12-inch vertical touchscreen is responsive and crisp. The Edge has standard Apple CarPlay/Android Auto and a 4G Wi-Fi hotspot.

We were annoyed with the lack of simplicity. A seemingly simple task of getting climate controls adjusted to one’s preferences is time consuming. Everything needs to be done through the touchscreen, making it an unnecessary chore and taking the driver’s attention away from the road.

Seating is pretty comfortable for all five passengers. A nice touch is having the rear seats able to recline. The cargo area is huge – 39.2 cubic feet behind the second row. With the second row down, it opens up to 73.4 cubic feet.

While we are personally sorry to see the Edge being discontinued in two years, it comes as no big surprise. It has been a capable midsize SUV, yet never was able to make the jump to compete against the class leaders.