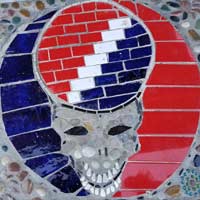 Roseville, CA- This Thursday, August 1 in Roseville, Placer County Deadheads will be transported back in time and space for the Grateful Dead’s June 17, 1991 performance at New Jersey‘s Giant Stadium.

It’s time for the 9th Annual Grateful Dead meetup at the movies at Century 14 Roseville. Showtime is 7:00 pm. Also showing at Folsom 14 on Iron Point Rd. In Sacramento at the Tower Theatre and Regal Natomas Marketplace.

Need your Dead Fix? Check out our 50 Days of the Dead.