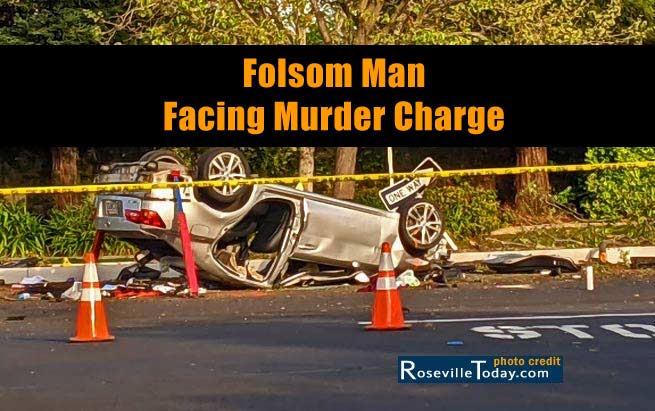 Roseville, CA- On Sunday, 04/04/2021 at approximately 3:00 p.m., Roseville Police and Fire were called to the area of Woodcreek Oaks Blvd and Liverpool Lane, regarding a major injury traffic collision. A vehicle traveling northbound, had crossed over the raised center median, struck a tree, flipped over and landed on its roof, in the southbound lanes.

The vehicle had two occupants. The driver of the vehicle, later identified as Anthony Irace (dob 5/6/1992) of Folsom, and his sole passenger were both transported to an area hospital, the passenger had life-threatening injuries.

While at the hospital, the passenger was pronounced deceased having succumbed to the injuries sustained during the accident.

A preliminary investigation determined Irace was driving the vehicle while under the influence of a controlled substance. He was medically cleared at the hospital and was arrested and booked into the South Placer Jail for murder, felony DUI and parole violations.

There were no other injuries reported during this incident.