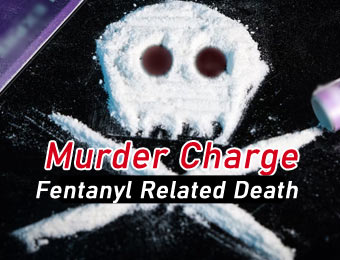 Roseville, Calif. – The Placer County District Attorney’s Office filed a criminal complaint against 20-year-old Carson David Schewe for charges of murder and possession of a controlled substance for sale, as it related to a local fentanyl related death.

Specifically, it is alleged that on Dec. 3, 2021, the defendant sold fentanyl to the victim, which resulted in the victim’s death. This is the first time a defendant in Placer County has been charged with murder for a fentanyl related death.

Placer County District Attorney Morgan Gire said, “Placer County has been tragically affected by the national fentanyl epidemic. We are committed to combating this crisis with continued education and awareness efforts, extensive prevention campaigns, and aggressive prosecution of those who seek to peddle this deadly drug in our community.”

This case filing is one of the many actions being taken by the Placer County District Attorney’s Office to combat the rise in fentanyl deaths in the region. From participating in the nationwide “One pill can kill” campaign, to pushing public service announcements, to working on statewide legislation, Placer County District Attorney’s Office remains committed to fighting the fentanyl issue in the county.