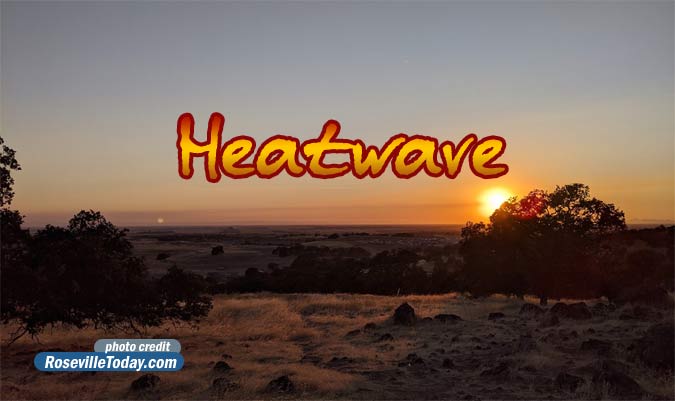 Roseville, Calif.- Roseville along with the much of California’s Central Valley brace for temperatures that will hover near a sweltering 115º degrees today.

Record high temperatures could be shattered throughout much of the state. Locations where residents typically flock to in times of extreme heat will offer little respite. Coastal and mountain regions such as San Francisco and Lake Tahoe are expected to see temperatures at or above 90º.

Best Bets to Escape the Heat

California’s north coast and central coast will also be above normal, yet offer temperatures of around 30 to 40 degrees cooler than the interior. The Monterey Peninsula will see coastal temperatures in the mid to upper 70’s. The north coast will see heavenly temps in the upper 60’s to low 70’s.

California officials are concerned about demand on the electrical grid. Emergency generators in Roseville which help boost the state’s power grid having been activated for the first time yesterday and are expected to see action all week. California is hoping to avoid large scale power failures like Texas.

Massive failures in ill-prepared states such as Texas offer a stark reminder of the havoc that can occur when power fails on a large scale. In 2021, millions struggled without power in winter as the Texas power system was on the verge of a total collapse.