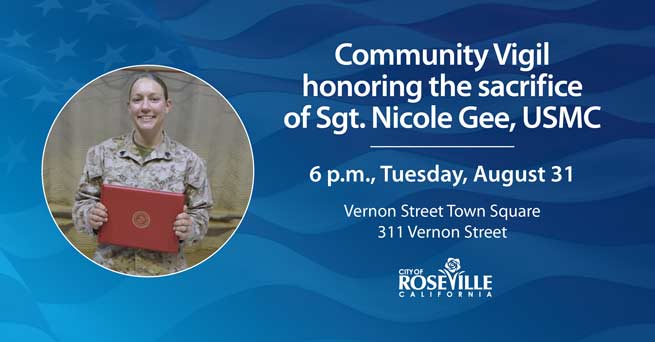 Community to gather in Downtown Roseville at 6:00 pm

Sgt. Gee lost her life, along with 12 other U.S. service members, in the bombing attack at the Kabul airport on August 26. Gee was a 2016 Oakmont High School graduate who enlisted in the Marines a year after she graduated. Her husband, Jarod Gee, is also an Oakmont graduate and Marine.