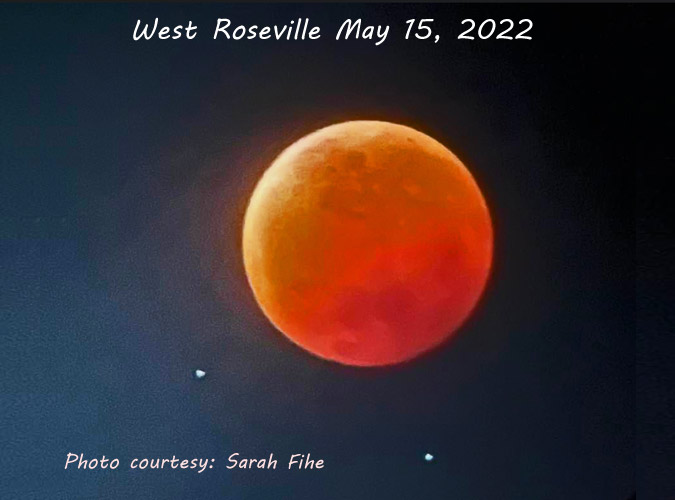 Roseville, Calif. – While most Roseville residents were hunkered indoors last night, Sarah Fihe was outside enjoying our beautiful weather while gazing into the night sky to capture this magnificent view from west Roseville. This amazing image of May 15th “Blood Moon” was captured. with a telescope and a cell phone.

NASA offers a concise and practical explanation why the moon turns red.

Why does the Moon turn red during a lunar eclipse?

The same phenomenon that makes our sky blue and our sunsets red causes the Moon to turn red during a lunar eclipse. It’s called Rayleigh scattering. Light travels in waves, and different colors of light have different physical properties. Blue light has a shorter wavelength and is scattered more easily by particles in Earth’s atmosphere than red light, which has a longer wavelength.