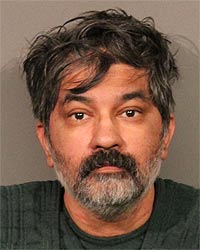 The adult male claimed to have murdered individuals at his residence in Roseville. One of the possible victims was inside his vehicle at the Mt. Shasta Police Department in Siskiyou County and other victims were at an apartment in Roseville.

Officers were dispatched to an apartment complex in the 1800 block of Junction Blvd. in Roseville and confirmed, three additional victims were found deceased at the scene.

At this time, this is an ongoing investigation in coordination with the Mt. Shasta Police Department. Identity has not been made for the suspect or any of the involved victims.

We’re still actively working to contact family to notify next of kin. If you have information about this family, please call us at 916-746-1059