Sacramento, Calif. – Lee Loomis, aka Lawrence Leland Loomis, 60, of Granite Bay, was sentenced by U.S. District Judge John A. Mendez to 12 years in prison for schemes that caused millions of dollars in losses to more than 183 investors, U.S. Attorney McGregor W. Scott announced.

On January 29, 2016, Loomis pleaded guilty to wire fraud. According to court documents, from 2006 through 2008, Loomis was president of Loomis Wealth Solutions, a business operating in California, Illinois, Washington and elsewhere. Through seminars and face-to-face meetings, he induced individuals to invest money in the Naras Funds, which he claimed were liquid savings account-like investments that yielded a 12 percent annual return. He also claimed the investment was secured by a third party that was using the money to make loans secured by residential properties.

In fact, Loomis and his co-defendants used the funds to pay for ongoing business expenses and to pay previous investors. Loomis took in more than $10 million in investor funds as part of the Naras scheme. He also took in money through other means, including a mortgage fraud scheme. At the time law enforcement executed search warrants at the business, only $4,313 was left in investor accounts.

“Loomis Wealth Solutions was built on a foundation of lies and deceit,” stated U.S. Attorney McGregor W. Scott. “The sentence imposed today helps to ensure that Loomis won’t again be in a position to cause financial harm to others, and represents some measure of justice for the many victims who were lured into trusting Loomis with their hard-earned money.”

“The FBI is committed to working with its partners to ensure people who defraud the American people-often devastating their financial future in the process-face justice,” said Special Agent in Charge Sean Ragan of the FBI Sacramento Field Office. “Dozens of investors who trusted Lee Loomis suffered significant financial losses. Many of these victims withdrew funds from retirement accounts accrued over the course of decades, forcing then to restart the process of preparing for retirement.”

“Lee Loomis was the leader and architect of a scheme that resulted in millions of dollars of losses to dozens of families,” said Michael T. Batdorf, Special Agent in Charge, IRS Criminal Investigation. “He lied to investors, stole their hard earned savings and spent it within months of receipt. His conduct led to ruined credit and home foreclosures. While this sentence cannot reverse the damage caused by Loomis and his co-defendants, it highlights the ongoing commitment of IRS-CI to hold accountable those involved in these types of crimes.”

This case was the product of an investigation by the Federal Bureau of Investigation, the Internal Revenue Service, Criminal Investigation, the United States Securities and Exchange Commission, and the California Bureau of Real Estate. Assistant U.S. Attorneys Paul Hemesath and Jared Dolan prosecuted the case.

Loomis has been in custody since September 14, 2012. Co-defendants John Hagener, 79, of Granite Bay; Joseph Gekko, 47, of Yorba Linda; Dawn C. Powers, 45, of Lincoln; and Peter Woodard, 47, of Ventura, have previously pleaded guilty and are scheduled to be sentenced on March 13, 2018. 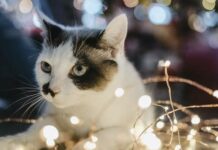