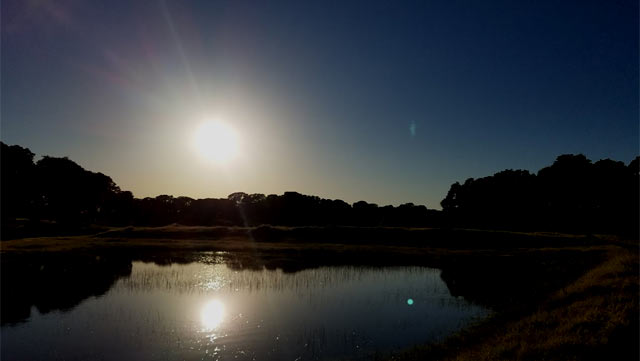 Opportunity to capture and store rainfall

Roseville’s City Council and Placer County Water Agency’s (PCWA) Board of Directors opted into the initial phase of the Sites Reservoir project-a proposed off stream surface water facility west of the Sacramento River.

With this approval, both water agencies will officially invest into the project and join other water districts in providing necessary backing to cover a portion of the project costs. The merits of the project comport with Roseville and PCWA’s longstanding commitment of improving water supply reliability for customers and creating projects that promote environmental sustainability.

“We have a commitment towards water supply stewardship,” said Susan Rohan, City of Roseville Mayor. “Both Roseville and PCWA believe in a project like this because it offers tremendous opportunity to capture and store rainfall and put it to good use – for both water supply and the environment.”

The proposed project would divert water from the Sacramento River and its tributaries. Water would fill the off-stream reservoir during times of high flow, including the winter months when surplus water is usually available, with up to 1.8 million acre-feet of water. If Sites had been in place in 2016, about 500,000 acre-feet could have been captured and stored-a much-needed boost to overall state water supplies in the middle of the recent historic drought.

“As recent dry years have shown, continued reliance on the American River to meet statewide demands necessitates the need for storage alternatives,” said Gray Allen, PCWA District 1 Director. “The Sites Reservoir project is a critically important effort to increase overall surface water storage north of the Delta, and benefits the citizens of Placer County by easing the constraints created by drought. Sites Reservoir will enhance our communities’ economies and provide tangible environmental benefits.”

Looking ahead, the project is envisioned to alleviate some of the burden often felt when water is released from Folsom Reservoir for environmental purposes through coordination and integration with the Central Valley Project statewide system, which includes Folsom Reservoir.  Ostensibly, Sites Reservoir would expand the pool of available water resources and used to meet environmental benefits in the Delta, which would effectively increase the amount of water available in Folsom Reservoir year-round.

“In order to obtain approval and eventually build a project of this magnitude, it requires strategic partnerships like we’ve been able to attain with Roseville and PCWA,” said Jim Watson, general manager at Sites Project Authority. “We are assembling a critical mass of water agencies who see the vision and need of creating another water supply asset that has lasting statewide benefits.”

By opting into the project, both Roseville and PCWA will participate on the Sites Joint Powers Authority Board.  The water agencies will share a board seat, rotating annually, and participate in technical support work needed to develop plans to operate the proposed reservoir. While Roseville and PCWA do not intend to obtain water allocations from this project, both agencies see the benefit of increased water supply reliability for its customers by reducing reliance on the American River.