East Roseville Parkway and other areas of the city, stolen vehicle recovered:  At 9:02 a.m. June 15, officers responded to the area of Frensham Drive and Instone Court, to a report of a suspicious man associated with a black SUV prowling in the area. An officer stopped the suspect’s SUV on East Roseville Parkway and North Sunrise Avenue. As the officer walked up to the SUV, the driver sped away and led officers on a short pursuit. The driver ditched the SUV (found to have been stolen from Sacramento) on Sharp Circle, and he and his passengers left in different directions. His passengers went into an electronics store on North Sunrise Avenue. Officers contacted them, determined they weren’t involved in the original theft of the vehicle or the pursuit, and released them.  Detectives from Roseville’s Crime Suppression Unit and the Placer Regional Auto Theft Task Force continued to search for the driver, and eventually found him in the area of Greenback Lane and Sunrise Boulevard. They arrested the 26-year-old San Francisco man on suspicion of vehicle theft, prowling, evading and other related charges. During the course of the investigation officers contacted two other people and arrested them on outstanding warrants.

Galleria/Creekside, stolen truck, property recovered:  At 3:30 p.m. June 21, officers responded to a report of two suspicious people leaving a store in the 1100 block of Galleria Boulevard.  The witness gave officers a good description of the pickup the two men left in.  Officers found the pickup across the street in the 1200 block of Galleria Blvd., and contacted the two suspects.  They found stolen merchandise from the store, shaved keys and other burglar’s tools.  They also found out that the pickup had been reported stolen from Marysville.  The two men, ages 31 and 32, both from Marysville, were arrested on suspicion of vehicle theft and possession of burglar’s tools. The stolen merchandise was returned to the store.

Johnson Ranch, burglary:  At about 4:30 a.m. June 20, a resident of the 2700 block of Ashland Drive heard his garage door opening.  He went out to check and saw someone riding away on his bicycle.  He gave chase, but didn’t get a good look at the suspect.  He found his bike abandoned a few blocks away.  Officers searched the area but also weren’t able to find the suspect.  It wasn’t clear how the burglar got into the garage.

South Cirby, garage burglary:  Overnight June 13/14, someone went into a garage in the 1400 block of Lone Tree Lane, possibly through a side door that had accidentally been left unlocked.  They stole a wallet and other valuables from the cars parked inside the garage, and tools.  The victim’s stolen credit cards were soon used to make fraudulent purchases in Antelope and North Highlands.

Cirby Ranch, thefts:  At 3:12 a.m. June 14, a resident of Sun Tree Lane saw a man rummaging through his unlocked car. Responding officers checked the area and saw the man inside another car on Sun Tree Court.  He ran from officers, jumping over fences.  Officers surrounded the area with the help of the Citrus Heights Police Department, but weren’t able to locate the suspect.  He was a white male in his 30s or 40s, 5’6″ to 6’0″ tall with short hair, wearing a gray t-shirt and dark pants.

Meadow Oaks, burglary:  Between June 13 and June 14, someone got into an apartment in the 700 block of Sunrise Avenue by unknown means and stole items of value.

Sierra Gardens, disturbance:  At 5:21 p.m. June 14, officers responded to a report of a man running in and out of traffic and exposing himself in the area of Sunrise Avenue and Frances Drive.  When officers contacted the man, he challenged them to fight and threatened to kill them.  The 38-year-old Roseville resident was arrested on suspicion of indecent exposure, making criminal threats, resisting officers and violation of probation.

Sierra Gardens, death investigation:  At 7:24 a.m. June 19, officers responded to a neighbor’s report of a suspicious car parked in the 1500 block of Gerry Drive.  Officers found a deceased woman in the trunk of the car.  The Placer County Coroner has conducted an autopsy to determine the cause of death, and the investigation is continuing.

Cresthaven, DUI-related collision:  At 8:24 June 20, officers responded to a two-car collision on Cirby Way at Roseville Road.  Both drivers were taken to the hospital with non-life-threatening injuries.  One of the drivers, a 20-year-old woman from Orangevale, was checked out at the hospital and then arrested on suspicion of DUI causing injury.

Cherry Glen, disturbance:  At 11:10 a.m. June 14, officers responded to someone yelling in a backyard in the 100 block of Willow Avenue. Placer County probation officers also responded and took one person into custody for probation violation.

Folsom Road, disturbance:  At 11:14 p.m. June 13, officers responded to a call about a guest yelling and banging on the doors at a hotel in the 200 block of Harding Boulevard.  The man damaged a door and resisted officers.  The 59-year-old Roseville man was arrested on suspicion of vandalism and resisting/delaying officers.

Folsom Road, death investigation:  At 4:07 p.m. June 16, officers and Roseville Fire personnel responded to a report of an unresponsive man in the front seat of a car in Roseville Square.  Paramedics pronounced the 24-year-old Sacramento man deceased at the scene.  The Placer County Coroner has conducted an autopsy to determine the cause of his death, and the investigation is ongoing.  (2017-38742)

Sierra Vista, DUI & drugs:  At 6:54 p.m. June 13, officers and Roseville firefighter-paramedics responded to a woman passed out behind the wheel of her parked car at a gas station in the 700 block of Atlantic Street.  The woman was taken to the hospital in an ambulance.  Officers found ammunition, drug paraphernalia and evidence of drug sales in her car.  A report will be forwarded to the district attorney’s office recommending various charges be filed.

Roseville Heights, explosive devices rendered safe: On the morning of June 16, a resident of West Duranta Street was cleaning and found explosive devices that had apparently been in her home since she moved in 15 years prior.  One of Roseville’s bomb squad technicians responded and safely removed two military-type explosive devices.

Los Cerritos, grass fire:  At about 9:18 p.m. June 16, people in the area heard a loud boom, and a vegetation fire started in the area of Washington Blvd. and Elefa Street.  It was quickly extinguished by bystanders and Roseville Fire personnel.  It may have been started by illegal fireworks.

Highland Reserve and Quail Glen, shoplifting:  At 8:25 p.m. June 11, officers responded to a grocery store in the 1000 block of Pleasant Grove Blvd., to a report that two men had filled hand baskets with bottles of hard liquor and left the store without paying.  Officers stopped the suspects’ vehicle on Gibson Drive and found the stolen liquor as well as more stolen liquor, meat and other merchandise from another grocery store in the 10000 block of Woodcreek Oaks Blvd.  Two Sacramento men, ages 29 and 32, were arrested on suspicion of burglary (going into the stores with the intention of stealing), grand theft and Sacramento County warrants.

Woodcreek, garage burglary:  Overnight June 18/19, someone went into a garage in the 1600 block of Blanchard Drive, possibly through an unlocked side door, and stole a bike, tools and other items.

Sun City, burglary:  Between 7 and 11 a.m. June 17, someone went into a home in the 7800 block of Timberrose Way through an open rear slider while no one was home, took items of value from the home and bicycles from the garage.

Quail Glen, suspicious persons arrested:  At about 8 p.m. June 14, officers responded to a call about two people acting suspiciously in a grocery store parking lot on Woodcreek Oaks Blvd. at Blue Oaks Blvd. When officers arrived, the two people took off running into the adjacent residential neighborhood.  Officers quickly located and detained a woman in the neighborhood. They set up a perimeter and continued to look for the other person, who could be heard jumping fences and running through people’s backyards.  A Roseville K9 found him hiding inside of a garbage can in a backyard.  The man, a 34-year-old from Roseville, was arrested on suspicion of probation violation, prowling on private property, possession of methamphetamine and heroin, and delaying officers.  The woman, a 29-year-old with no permanent address, was arrested on suspicion of possessing heroin and drug paraphernalia, and being under the influence of drugs.

Blue Oaks, burglary:  Between 11 p.m. June 16 and 6 a.m. June 17, someone went into a garage in the 1600 block of Avondale Drive through an open side door while the residents were sleeping, and stole bicycles and tools. 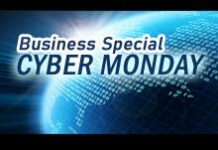 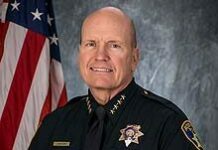 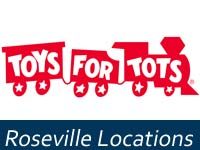 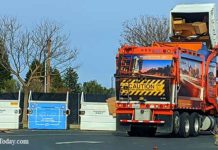 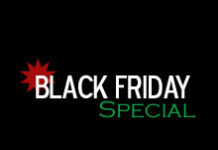