Roseville, Calif.- At its August 19 meeting, the Roseville City Council unanimously approved a contract for Acting City Manager Rob Jensen to be Roseville’s next City Manager. The effective date of the contract is January 1, 2016, after City Manager Ray Kerridge’s retirement on December 31, 2015.

“Rob is an outstanding leader who has developed strong relationships with the city staff, the community and the Council”, said Roseville Mayor Carol Garcia. “He’s going to do an excellent job for the city. The entire City Council is looking forward to working with him.”

“It’s an honor to be asked to serve as city manager,” Jensen said.  “Roseville is not only where I work, it’s home. I’ve raised my family here and have helped our city grow smartly. We’ll continue to implement the Council’s priorities while balancing new growth opportunities that keeps intact the values our residents and businesses love and expect from our community.”

Being the CEO of the region’s only full-service city, the Roseville City Manager is responsible for a half-billion-dollar annual budget and overseeing 15 departments in various specialized industries as well as 1,200 employees.

A 25-year Roseville resident as well as employee of the City of Roseville, Jensen began his career as an assistant engineer in 1990. He was appointed Assistant City Manager in January 2011, overseeing the Development Services, Public Works, Electric Utility, Environmental Utilities, and Parks, Recreation and Libraries departments.

Prior to that appointment, Jensen served as Public Works Director/City Engineer for eight years and was named Public Works Director of the Year in 2007 by American City and County Magazine. He was born and raised in Reno, Nev., and earned a bachelor’s degree in civil engineering from the University of Nevada at Reno.

City Manager Ray Kerridge has remained out of the office as he continues to rehabilitate from a June car accident. “Several of us have had a chance to visit him and are encouraged that he’s in good spirits though he still has more healing to do,” said Megan MacPherson, Public Affairs and Communications Director. Kerridge gave the Council six months’ notice of his intent to retire, stating that he wanted to give the Council ample time to make this important decision. 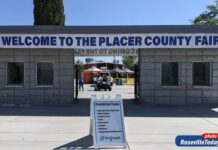