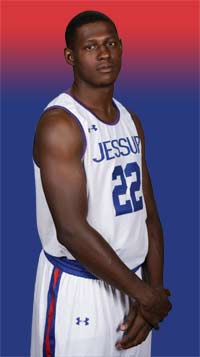 ROCKLIN, Calif. – In less than a week, the Warriors will hit the hardwood for their first game of the 2018-19 campaign. Leading last season with All-GSAC and All-American honors, senior Keith Phillips is already being recognized this year being named to the Street and Smith’s Basketball Preseason NAIA All-American Honorable Mention team.

Head coach for the Warriors squad, Lance Von Vogt went on to say, “I am excited to see how Keith can impact games this year for our team. We have a great group around him and this could be a really special year for us if we can have everything click.”

In his junior season, the 6’5 starter led the team in scoring with 501 total points. Phillips was also the second-highest scorer in the conference averaging 16.7 points per game and led the team in rebounds with a total 239, averaging 8 per game.

Von Vogt said, “Keith is a special player who has the ability and drive to be the NAIA Player of The Year. He’s that talented.”

Stronger than ever, Phillips looks to continue on his success from last season and ink his name in the program and season record books once again for his final year representing the Warriors.