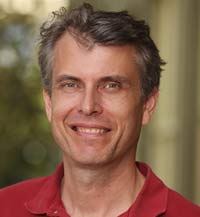 Research Institute for Biodiversity and the Environment

Rocklin, Calif. – William Jessup University recently announced the creation of a new research endeavor, the Institute for Biodiversity and the Environment (IBE).

“We are very excited to make this announcement,” said Michael McGrann, IBE Chair and Environmental Sciences Chair at Jessup. “The Institute for Biodiversity and the Environment will provide tremendous benefits both internally for our university and externally to the surrounding community by acting as a catalyst for science and interdisciplinary scholarship.”

Jessup’s IBE will collaborate with scientists, scholars, experts and decision makers with government agencies, nonprofit groups, and other organizations that are charged with the conservation of biodiversity and the environment.

The Institute’s top concern is the global loss of biodiversity, including the loss of species, genetic diversity and ecosystem diversity and function.

Projects for the IBE include collaborating with the Placer County Conservation Program (PCCP) with its biodiversity monitoring needs which is supported by Placer County Supervisor Robert Weygandt and Program Director Gregg McKenzie. IBE will help the PCCP obtain its conservation goals, including conservation-related research, habitat restoration, wildlife population monitoring, the management and storing of biodiversity data, and the collection of baseline wildlife and habitat data.

In May, Jessup’s Biology Chair Dr. John Richert will accompany a group of William Jessup University students to participate in the Haiti Coral Reef Project, another research project within the IBE. Students will survey fish and reefs within Haiti’s newly-formed marine protected areas to collect essential baseline data for future species and resource management. Throughout the scientific process, the effort will engage and train local fishers and students to understand and conserve their own resources.

During the spring and summer of 2019, students also have the opportunity to support ongoing research along the Pacific Crest Trail (PCT), which runs from Mexico to Canada, with McGrann and researchers from other universities and government agencies, including Houghton College (New York), and Asbury University (Kentucky).

McGrann’s research monitors responses of the quantity, distributions, and behaviors of species (namely birds) in response to environmental change –specifically climate change – and has received national and local media attention.

There are three additional projects within the IBE. The first involves working with the Western Placer County Waste Management Authority to study the environmental chemistry of Placer County’s landfill and to assist this agency in its environmental monitoring needs.

In addition, there will be a biblical foundations integration of faith into all aspects of the IBE allowing biblical perspective on current environmental crises and designed to inspire Christians to value caring for God’s good world. Anticipated research and publications within these biblical foundations are expected as projects get underway.

The institute for Biodiversity and the Environment exists to inform and motivate the conservation, preservation, and restoration of biodiversity, and the environment upon which it depends, through research, education, and the dissemination of knowledge.