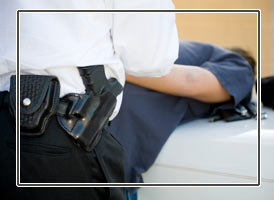 03/27/2019
Crime: 594(B)(1) PC Vandalism
Address:2100 Block Sunset Blvd.
Two drivers were involved in a road rage incident and the suspect punched the victim’s vehicle window causing it to shatter.

03/29/2019
Crime:11350 HS Possession of a Narcotic
Address:2200 block of Glacier Dr
At 8:50 pm, Rocklin Police responded to a report of a suspicious vehicle. Officers contacted a male who was found to be on probation. During a probation search, officers located cocaine. The suspect was released on a signed promise to appear.

03/25/2019 – 03/31/2019
Crime: 273.5 PC Domestic Violence
Rocklin Police responded to the report of a disturbance. Through their investigation, officers determined the suspect had battered the victim causing corporal injury. The suspect was arrested and booked into the Placer County Jail.

Rocklin Police contacted a male inside of a vehicle. The male was identified as Roy Gatlin of Pacific Grove. Roy was found to be on searchable probation. During a probation search of his person, officers located methamphetamine and a pipe used to smoke methamphetamine. Gatlin was arrested and booked into the Placer County Jail.

03/30/2019
Crime: 11350 HS PC Possession of Controlled Substance
Address: 1200 block of Whitney Ranch Parkway
Rocklin Police responded to the report of suspected narcotic activity in a parking lot. Officers arrived and contacted a male. During a search of the male’s vehicle, officers located heroin. The male was released on a signed promise to appear..

03/31/2019
Crime: 459 PC Burglary – Commercial
Address: 5100 Block of Commons Dr.
At 11:55 pm, two unknown suspects broke two windows to the front of a business and entered the establishment. The suspects fled the scene on foot when an alarm sounded.

04/1/2019
Crime/Offense : 211 PC – Robbery
Address: 6700 Five Star Blvd.
On 4-1-2019 at about 10:48 PM, Rocklin Police received a call of a robbery that had just occurred. It was reported that the suspect had passed a note, demanding money. Rocklin Officers arrived a short time later and found the suspect, Antwain Peoples of Sacramento, outside of the business. Officers took Peoples into custody without incident. The money that was taken as part of the robbery was recovered, and Peoples was booked at the South Placer Jail for robbery.

On 3/20/2019, the Rocklin Police Department was contacted by the Granite Oaks Middle School regarding some possible improprieties with monies from one of the school booster clubs.

An investigation was conducted by Rocklin School Resource Officers and Rocklin PD Detectives. During our investigation, it was discovered that a board member for the nonprofit school group acquired a debit card without knowledge or approval of the rest of the board. The person used it for personal expenses in excess of $10,000, which was unrelated to the association.

On 3/28/2019, at approximately 0652 hours, Rocklin PD Detectives took (SA) Crystal Disho into custody outside of her residence in Fair Oaks, CA. Disho was transported back to the Rocklin Police Department for questioning and later booked into the South Placer County Jail. 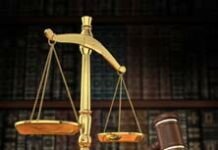 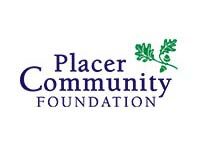 Revelry in Reno: A Safe and Fun Return to THE...