Rocklin and the magical seventeen

The Niners trained at Sierra College here during the summers of 1981 through 1997. They won 73% of their games during that seventeen year period including sixteen National Football League playoff games and five Super Bowls. While training in Rocklin they had a winning record every year except the 1982 cancelled season.

The Niners entered the NFL in 1950. In the 31 years before training in Rocklin they were a frequent disappointment, winning only 182 of 405 games. During their four best years of that period they played for the NFL championship but lost every year on their way to the title. The Dallas Cowboys beat them in championship games three straight years, in 1970 through 1972.

Since moving their summertime training from Rocklin in 1998 the Niners have appeared in only five playoff games while reverting to their pre-Rocklin losing pattern with only 78 wins in 181 games.

The contrast between the Niners’ Rocklin years, and years when they summered elsewhere, is striking.  No other team has won five Super Bowl titles during a seventeen year period. No other team has a higher decade-long winning percentage than the Niners did for the decade of the 80s.

Was there something about conditions in Rocklin that led to the Niners successes?

‘It’s impossible to say why the Niners had their best years while training in Rocklin’ said former 49er linebacker Keena Turner who owns four Super bowl rings. ‘The training camp’s location shouldn’t have anything to do with it’.

Some fans attribute the Niners’ success here to a lucky combination of superior coaching and great players.

But was it the coaching and players that made difference or was it something else?

The Niners had three head coaches during their years here and all three had losing records in their head coaching years with teams not trained in Rocklin.

Bill Walsh and his West Coast Offence powered the Niners in their first eight years here. Walsh compiled a 94 – 39 record with the Niners then and led them to three Super Bowl wins. Walsh had been head coach at Stanford and led the Cardinal to three bowl games in the 1970s. But away from Rocklin Walsh also had off years, coaching the Niners during two disastrous years in 1979 and 1980, the two years before coming here, and going 17 – 17 with the Cardinal after he retired from Niners coaching in 1989. Walsh was 42-48 as head coach of college and pro teams not summering in Rocklin.

George Seifert’s pro head coaching career started with the Niners in 1989. He led the Niners to eight winning seasons, including two Super Bowl victories, in the eight years through 1996. But Seifert had only losing seasons as a head coach after his Rocklin years. His career ended with a three-year 16-32 record coaching the Carolina Panthers.

Steve Mariucci coached the Niners in 1997, their last year here. He led the Niners to a NFC West title that year. But Mariucci’s record after his Rocklin days is spotty, spoiled mostly by his 30 month stint as head coach of the perennially hapless Detroit Lions.

Who can deny the dominance of superstar quarterbacks Montana and Steve Young? Montana was a standout at Notre Dame, but after the Niners drafted him third in 1979, he struggled through two losing seasons in pre-Rocklin 1979 and 1980. He wasn’t a standout until his first year training in Rocklin when he led the team to a win in the 1982 Super Bowl. Young was a standout at Brigham Young, but he was a professional bust after struggling with Tampa Bay where they went 4-28 in 1985 and 1986. He joined the Niners in Rocklin in 1987 and finished his career with the Niners as the highest rated passer in pro football history.

The 49ers’ great performances in their Rocklin years seem to be inexplicable. Could it have been the Spartan living conditions in Sierra College’s housing units and Rocklin’s intense summer heat that toughened the Niners for victories in those years?  Sierra College History Professor Gary Noy credits the College’s hospitality. ‘As someone who was around during that time, I would like to think it was the smiling faces and welcoming attitude of the Sierra College staff that helped make the Niners success possible.’ he said.

Whatever the reason,  Rocklin fans still root for the Niners and hope that some day they will return to Rocklin and get back to their winning ways. 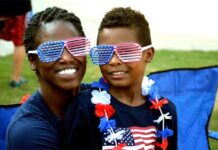 Folsom Spray Parks and other fun places to cool off