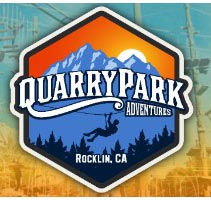 The City alleges that within weeks of taking control of the Park, LFA informed the City it would never be able to meet key financial and attendance obligations in the operating agreement. The City also alleges that David Busch repeatedly misrepresented his water and adventure park experience, and the amount of capital necessary to build and operate the Park. The lawsuit further details various ways LFA breached its contracts with the City, including operational concerns such as extremely limited and unpredictable hours of operation, and financial concerns such as failing to make any payments to the City, failing to provide financial reports, or even track park attendance. A full copy of the complaint can be found here.

“Quarry Park Adventures is important to Rocklin’s future and it is our responsibility to ensure that the Park delivers a great experience for residents and the region,” said Rocklin City Manager Steve Rudolph. “The City decided to move decisively to protect the investment made in the Park and took legal action to officially rescind the Master and Operating agreements with LFA as soon as we understood they were not a capable partner.”

Excerpts from the City of Rocklin’s lawsuit against LFA and Busch include:

The City terminated its relationship with LFA on Jan. 9, and temporarily closed the Park for the winter season. The City and LFA entered into mediation, which was ultimately unsuccessful. The City Council authorized legal action against LFA at Tuesday’s City Council meeting.

At the same meeting, the City Council approved a term sheet to name Adventure Operations, LLC, a subsidiary of Bonsai Design, as the Park’s new operator. Bonsai Design built the Park and is familiar with the Park and the City. A formal agreement will be presented for Council ratification at the March 12 City Council meeting.

“Bonsai Design gained our trust through the process of building Quarry Park Adventures and we are confident it will be a reliable operating partner,” said Rudolph. “We look forward to reopening the Park this spring and delivering a great entertainment experience for the region for years to come.”

All previously purchased tickets and passes sold by LFA will be honored.

Roseville Today has contacted LFA and we are awaiting their response to the lawsuit.