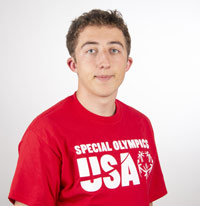 Alec Heuermann to compete in Swimming

ROCKLIN, Calif. – A local athlete has been selected to join Special Olympics USA and compete for his country at the 2019 Special Olympics World Summer Games this March in Abu Dhabi, United Arab Emirates.

The Special Olympics World Games will be held from March 14-21 and will bring together more than 7,000 athletes from 170 countries to compete in 24 individual or team sports. Roughly 2,500 coaches and 20,000 volunteers will also lend their support, making the World Games the largest sporting and humanitarian event of the year.

Special Olympics USA will be comprised of approximately 200 athletes, including four from Northern California. Alec Heuermann of Rocklin will compete in swimming at the World Games. Alec has been involved with Special Olympics for two years and participates in swimming, golf and bowling. He is currently studying at Sierra College, is an Eagle Scout and credits Special Olympics for allowing him to make new friends.

The World Games is Special Olympics’ largest competition event and is held once every two years, alternating between winter and summer games. The World Games in Abu Dhabi will mark the first time that the event has been hosted in the Middle East/North Africa region.

In addition to the four local athletes, Northern California will be represented by a coach a member of law enforcement, who will travel to Abu Dhabi to be a part of the Law Enforcement Torch Run that leads into the Opening Ceremony.

Special Olympics showcases the abilities of children and adults with intellectual disabilities and promotes a culture of inclusion, respect and hope. Through Special Olympics, athletes gain confidence, motivation and social skills and are empowered to become the best of themselves in the workplace, in school and in the community. The World Games, like all Special Olympics programs, are provided 100 percent free of charge for the athletes and their families.

More information on Special Olympics Northern California and the World Games is available at www.SONC.org/WorldGames.