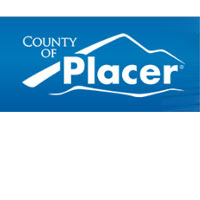 Under the direction of the Placer County Board of Supervisors, Placer County staff will begin redistricting work on the five supervisorial districts in the County. Redistricting is based upon U.S. Census data that is collected every 10 years. The Census was last done in 2010.

The U.S. Constitution requires that everyone residing in the United States be counted every decade. California law also requires the population count. Information from the Census is used to determine where to locate schools, daycare centers, roads, public transportation, hospitals and other facilities. Data is also used for geographically defining state legislative districts. This process begins the year following the Census.

The Board provided direction to staff representing the County Clerk-Recorder Registrar of Voters, Community Development Resource Agency/Planning, County Counsel, and the County Executive Office to develop alternative district scenarios. This group will evaluate existing boundaries and develop options for adjustments to reflect population growth that has occurred.

“This redistricting is done so that each supervisorial district has equal population. This ensures that each area of our very diverse county is equally represented.”

The Board approved a redistricting process that was similar to what was done in 2001, after the 2000 Census. Under direction from the Board, this year’s redistricting efforts will follow a timeline and will have distinct steps:

The public will have an opportunity to comment on any proposed changes when they are discussed by the 14 MACs. In addition, there will be opportunities for comment at the Board workshops and at the Board meeting for public hearing/adoption.

The community outreach regarding redistricting will be above and beyond the Municipal Advisory Councils and include Placer County cities, school districts, and other special districts.