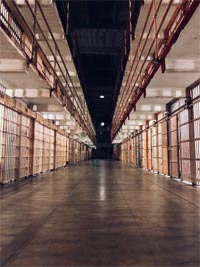 Placer County, CA- If you’ve been drinking, you don”t want to get behind the wheel in Placer County.

A recent report from the California Department of Motor Vehicles  indicates that the Placer County District Attorney’s Office has the highest conviction rate of drunken or impaired drivers in the state.

Only two other counties in California had conviction rates of 90 percent or higher. These included Shasta at 96.9 percent and Santa Barbara at 92 percent.

The statistics are based on DUI arrests made in 2006 and their subsequent prosecutions through the end of the 2007 year.

Placer County”s rating marked the fourth consecutive year in which the county had a DUI conviction record of 90 percent or higher.

Capt. Rick Ward, commander of the California Highway Patrol’s Auburn office, said the No. 1 rating by Placer County came as no surprise to him.

‘I’ve worked up and down the state and I can say that the Placer County District Attorney’s Office is one of the hardest-working agencies toward achieving justice that I”ve seen,’ Ward said.

This county lets people know that if you come here and are violating DUI laws, you will be held accountable.’

Steve Dragland, supervising deputy district attorney for Placer County, credited the nearly perfect score to an aggressive approach by his prosecutors and by the local law enforcement agencies that made the DUI arrests.

‘Our office takes DUI very seriously,’ Dragland said. ‘It is our duty to protect the public from impaired drivers.’

Dee Dee Gunther, spokeswoman for the Roseville Police Department, said Roseville officers know that when they arrest a drunken driving suspect, ‘he is going to be aggressively prosecuted by the District Attorney’s Office.’

Placer County prosecutors hope the high conviction rate will deter other drivers who’ve been drinking by causing them to take a taxi or to hand off their car keys to a sober friend to drive them home.

The CHP conducts ‘zero tolerance’ efforts by putting all available officers on highways or county roads on certain days to look for speeding or inebriated motorists.

All of the law enforcement agencies in Placer County participate in a program known as ‘Avoid the Seven,’ in which officers combine on holiday weekends to find and arrest drunken drivers.

The DMV report shows that Placer County convicted 2,257 motorists on misdemeanor DUI charges and 76 others on felony DUI charges. Another 182 drivers who were arrested on suspicion of drunken driving were eventually convicted of reckless driving.