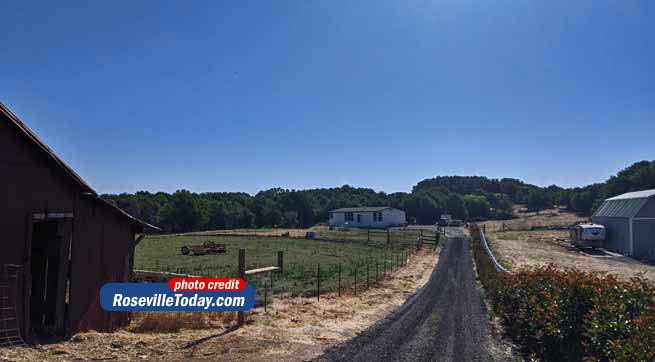 Successful campaigns to restore the Old Fruitvale School in rural Lincoln and the Colfax Passenger Depot in Colfax were honored with prestigious Governor’s Historic Preservation Awards Thursday, Nov. 16. The award presentations were made during a ceremony at the newly rehabilitated Leland Stanford Mansion State Historic Park in Sacramento. Only seven projects from throughout the state received awards at the ceremony.

The awards program is the only one of its kind sponsored by the state to recognize outstanding achievements in the field of historic preservation.

Fruitvale School was restored by an army of volunteers. Grant funds provided by Placer County, fund-raisers and other private donations covered the cost of materials.

The campaign to restore the Colfax depot was a joint effort by the city of Colfax, Colfax Area Historical Society, Colfax Depot Restoration Committee and Placer-Sierra Railroad Heritage Society. Both projects were nominated for awards by Placer County’s Historical Advisory Board. ‘They’re wonderful organizations that have put fantastic programs together worthy of statewide recognition,’ said county Museums Administrator Melanie Barton.

Located northeast of Lincoln, Fruitvale School was built in 1889 and closed in 1946 when the Lincoln School District began busing students from the surrounding area to schools in Lincoln.

In 1971, neighbors formed a charitable association and purchased the schoolhouse for $50. The restoration campaign got under way in 2001, led by retired university professor Lyndell Grey. Placer County Supervisor Robert Weygandt, who represents the Lincoln area, also was instrumental in getting the project started. Some remodeling work was done in 1972, but serious problems remained.

Since 2000, the roof has been replaced, the building repainted, restrooms renovated, the electrical system rewired, floors replaced, the foundation repaired and other improvements made.

In 2003, the county Board of Supervisors agreed to purchase a conservation easement on 17.6 acres of ranchland near the old schoolhouse through the county’s Placer Legacy Open Space and Agricultural Conservation Program. Together, the restored schoolhouse and ranchland are cornerstones of an outdoor-education and living-history program that teaches school children what farm life was like in the early days of Placer County.

In September, an after-school program was added that familiarizes students in the first through eighth grades with the history and agricultural heritage of the Lincoln area. The old schoolhouse also is used for community gatherings and can be rented out for events such as weddings and birthday parties. ‘It’s very rewarding to see Fruitvale School acknowledged,’ Supervisor Weygandt said. ‘I would like to commend all the community, particularly Lindy Grey, for their vision and work. It’s extremely important to preserve our heritage in light of all the rapid change we’re experiencing.’ The Colfax Depot is listed on the National Registry of Historic Places. It was used by Southern Pacific Railroad from 1905 to 1945 and continued to be used for regular passenger service until 1971. Amtrak renewed passenger service to Colfax in 1976, which continues today through bus service.

The depot’s architecture is sometimes known as the railroad’s Colonnade style. Twenty-five depots of that style were built, and 14 are still standing. The Colfax depot is the only example in Placer County.  Railroad Heritage Society volunteers took the lead in restoration work. The Historical Society provided information and funding to complete a museum in the baggage room. ‘I was very pleased to see that two of the award-winning projects are in Placer County,’ said Supervisor Bruce Kranz, who represents Colfax on the Board of Supervisors.’The Colfax project shows how much can be accomplished through public-private partnerships.

This historic building was restored by many hours of volunteer labor by the Colfax Area Historical Society, Placer-Sierra Railroad Heritage Society and the community at large. It’s a community focal point, and a reminder to residents and tourists alike of the critical role the railroad played in the development of our region.’

The county Historical Advisory Board makes recommendations to Barton, the Facility Services Department and Board of Supervisors on planning and policy issues related to county museums and other historical resources.