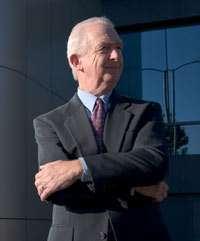 Sacramento, Calif. – An exhaustive review by UC Davis researchers of more than 60 studies is the basis for new national recommendations about prostate cancer screening. The review and the findings were published May 8 in JAMA.

The new screening recommendations, developed by the U.S. Preventive Services Task Force, recommend that for men ages 55-69, the decision to undergo periodic prostate-specific antigen (PSA)-based screening for prostate cancer should be an individual one and should include a discussion with the man’s clinician of both the potential benefits and harms of screening. The Task Force recommended against screening for men 70 and older.

The Task Force determined that while screening offers a “small potential benefit of reducing the chance of death from prostate cancer in some men,” many men “will experience potential harms of screening.” Those include false-positive results that require additional testing and possible biopsy, over-diagnosis and overtreatment; and treatment complications such as incontinence and erectile dysfunction.

The evidence was compiled and analyzed for the Task Force by a team at the UC Davis Center for Healthcare Policy and Research and led by Joshua Fenton, a family medicine physician who has conducted numerous studies on the effectiveness of various cancer screening methods and technologies.

Fenton said the team worked for two years on its systematic reviews to answer five questions:

The team examined 63 studies on prostate cancer screening conducted predominately in the U.S. and Europe. Fenton said the process was rigorously vetted by the Task Force with public and expert review prior to, during and after completion of the research.

“I’m very proud of our team,” Fenton said. “The U.S. Preventive Services Task Force process is painstaking and methodical, and I think we achieved our goal of conveying complete and unbiased information based on current evidence.”

Among the major findings of the evidence:

* PSA screening in men aged 55 to 69 may prevent approximately 1.3 deaths from prostate cancer over 13 years per 1,000 men screened
* Screening may also prevent three cases of metastatic prostate cancer per 1,000 men screened
* False positive PSA results occur in 10-18 percent of men screened, and up to half of men diagnosed with cancer due to screening would never have been diagnosed with cancer had they not been screened
* One in five men who undergo radical prostatectomy develop long-term urinary incontinence
* About half of men who undergo radical prostatectomy will experience long-term erectile dysfunction
* The harms of screening in men older than 70 are at least moderate and greater than in younger men because of increased risk of false positives, harms from diagnostic biopsies and harms from treatment
Fenton said he often discusses screening with his male patients and that this research reinforces the need to find the time to do so.

“We need to explain the issues to patients and help them come to a decision that is in accord with their values and preferences.,” he said. “This isn’t always easy to do during busy office visits, but it’s necessary when the benefits and harms are closely balanced.”

Other authors of the review at UC Davis include Joy Melnikow, Megan S. Weyrich and Shauna Durbin of the Center for Healthcare Policy and Research and Yu Liu and Heejung Bang of the Division of Biostatistics in the Department of Public Health Sciences.