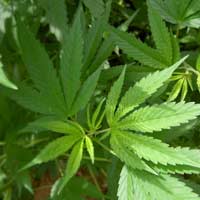 Personal Use Cultivation in Unincorporated Areas

The ordinance requires two readings and will go into effect 30 days after its second public hearing, tentatively scheduled for the board’s Dec. 6 meeting in North Lake Tahoe. If there are no changes made at its second reading, it will become effective Jan. 6, 2017. It’s the first of a two-phased effort by the county to enact comprehensive cannabis regulation, focusing immediately on allowing limited personal cannabis cultivation and banning commercial cannabis activities while providing Placer residents with clear guidance on what is and isn’t allowed and providing county staff with the tools they need to enforce the ordinance.

County staff will also return to the board in the coming months for consideration of a draft zoning text amendment to outline additional detailed requirements for outdoor cultivation.

The board left open the possibility, however, of an allowance for the limited commercial cultivation of medical cannabis in the future. At the recommendation of District 3 Supervisor Jim Holmes, the board directed staff to return with a recommendation for the makeup and timing of a cannabis working group to discuss that possibility – made up of county staff from all relevant departments, as well as representatives from Placer’s cities and the medical cannabis industry – for their consideration.

“I agree with the very measured approach our board has been taking, but I’ve also been contacted by people who are concerned about the cost to the taxpayer to regulate this industry,” said District 3 Supervisor Jim Holmes. “So what I’d like to see is the formation of a working group that can begin a discussion about seeking revenue to recover our costs.”

The cost of starting up and implementing the county’s enforcement program in its first year is already included in its current fiscal year budget. Annual costs in the future are expected to be $609,000, including staff, vehicles and equipment.

The new ordinance is consistent with the 1996 Proposition 215 Compassionate Use Act, 2015 Medical Cannabis Regulation and Safety Act and the Control, Regulate and Tax Adult Use of Marijuana Act, also known as Proposition 64. It allows cultivation of up to six non-medical plants on 50 square feet or cultivation of 50 square feet of medical cannabis for personal use, but bans all commercial activity related to cannabis including cultivation, processing, manufacturing, delivery and distribution. Cultivation, both indoors and outdoors, will only be allowed on parcels where the private residence of the authorized grower is located.

Board members remained concerned about the safety and nuisance impacts of outdoor cultivation in residential areas, and expressed support for elements that are expected to be included in the upcoming zoning amendment to limit those impacts. Staff anticipate the amendments will limit outdoor cultivation to an area of no more than 50 square feet; establish a 100-foot setback from property lines and require plants to closer to the grower’s residence than to a neighbor’s; require grows to be fenced; and prohibit outdoor cultivation within 600 feet of a school, church, park, library, fairgrounds or youth-oriented facility.

“This issue is going to continue to evolve,” said District 1 Supervisor Jack Duran. “In order to be in a position to lead rather than react, we need to have folks talking about this. I’d rather be ahead of the curve than behind it.”