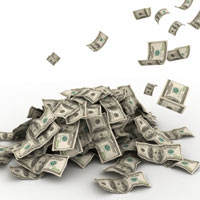 AUBURN, Calif. – The Placer County Board of Supervisors has approved a resolution authorizing an agreement that could provide the City of Lincoln up to $11.7 million to enhance public safety services for city residents. The limited-term agreement will temporarily redirect future property tax increment revenue from the county to the city, beyond the distribution formula currently in place.

The City of Lincoln could receive up to $8 million in additional tax revenue over the course of eight years according to the terms. The jointly drafted agreement also allows for a two-year extension if Lincoln voters approve a supplemental sales tax or transaction tax measure by 2028 to augment the city’s safety services budget. The extension would allow up to $3.7 million in additional revenue to flow to the city’s coffers.

The tax sharing agreement includes an annual revenue cap of $1.5 million under the eight-year term and a $2 million annual cap under the two-year extension. The county has agreed to retain just 2% of its share of the tax increment throughout the term of the agreement, which will go into effect this fiscal year.

“I feel confident this temporary assistance will be the bridge that is needed to help Lincoln city officials increase their public safety service levels while they seek future revenue sources to ensure adequate funding is available to meet the growing city’s public safety needs,” said Board Chair Bonnie Gore.

Lincoln city officials requested the increased revenue share in order to meet basic standards for police and fire services, which have been challenged by continued growth in the region. As a result, the county has been providing mutual aid assistance to help the city manage its calls for fire and police service. The temporary agreement is intended to provide the city a path forward to meet current service challenges and time to identify and implement a financial mechanism to adequately fund and staff public safety services.

“Lincoln’s tax areas had unusually low property values when Proposition 13 was first instituted and it has made it historically difficult for the city to receive an adequate share of the tax revenue,” said District 2 Supervisor Robert Weygandt. “This assistance will catch them up so that all residents in every city in our county can rest assured they have excellent public safety services.”

The agreement requires the city to submit an accounting of the funds to the county each fiscal year and conduct a biennial review where two county supervisors and two Lincoln city council members will meet to confer on the city’s use of this funding over the prior two fiscal years. Under scrutiny will be the city’s progress in augmenting public safety services and the number of county mutual aid calls for service to the city during this period.

As part of the negotiations, Lincoln officials have agreed to move forward on several regional initiatives, including updating a fee agreement for reimbursement of county expenses related to the future Placer Parkway and adoption of the Placer County Conservation Plan, which the Lincoln City Council approved on Sept. 22 and October 13 respectively. 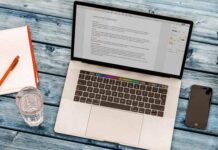 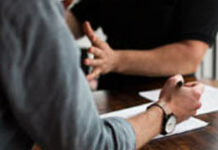