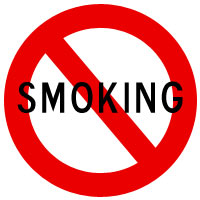 AUBURN, Calif. — The Placer County Board of Supervisors directed staff Tuesday to move forward with a proposal to modify the current county smoking ordinance and make the Placer County Government Center in Auburn a smoke-free campus, with interim designated smoking areas.

Under the proposed concept, there would initially be three interim designated smoking areas on the Placer County Government Center campus that would be phased out by June 2021, at which point the campus would be fully smoke-free. The revised ordinance would not be a mandate for clients or employees to stop smoking; it simply would restrict where smoking could occur. Smoking – including the use of inhaled or exhaled products that produce smoke or vapor, and the use of electronic smoking devices – would be prohibited within campus boundaries, including on sidewalks and in vehicles.

According to a county spokesperson, the smoking ban would be an ongoing process over three years, with some buildings transitioning sooner. With a homeless shelter and residential treatment facilities on-site, the current proposal would allow more time for cessation classes and other transitional activities to occur prior to going fully smoke-free.

The revised ordinance will be brought before the board by the fall for adoption. All other Placer County campuses and service locations located from Roseville to North Lake Tahoe would also transition to being smoke-free by June 2021, pending future approval.
“It’s our responsibility to create a healthy environment for our employees and our customers by reducing exposure to secondhand smoke and tobacco litter,” said county Health Officer Rob Oldham.

A county spokesperson added that the primary costs will be signage estimated at no more than $5,000. These costs would all be covered by California Tobacco Control Program funds, with no impact to the county general fund.

A survey of nearly 2,400 community members and county employees in 2017 found that 79 percent of respondents supported a complete smoking ban on county grounds, and more than half had been bothered by secondhand smoke when visiting a county facility. During one litter cleanup at the government center campus, more than 800 pieces of tobacco litter were collected in under an hour.

Tobacco cessation courses and other resources will be available to both clients and employees. Enforcement of the ordinance would primarily be achieved primarily through education and awareness. Community meetings are planned as part of the transition.

“We are focused on creating a positive culture change rooted in cooperation and supports,” Oldham said.

Those with questions can contact the county’s Tobacco Prevention Program at 530-889-7161 for more information.