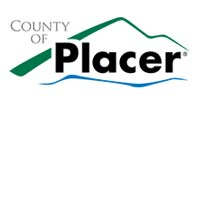 CSS staff were recognized and presented with the Director’s Excellence Gold award at today’s county Board of Supervisors meeting in Auburn.

CSS has exceeded all of their federal performance goals: paternity establishment, cases with court orders, collection of current support, arrears collections and cost effectiveness. CSS exceeded their goals and improved by more than 3 percent in the following three state goals: total of distributed collections, percent of current support paid by percentage band; and number of months current support is paid in the year.

The improvements CSS has seen in recent years can be partly credited to changes in standard operating procedure and employee morale. “We changed the way we do business,” Child Support Services Program Manager Susan Dunlap said.

As for future success, department leadership remains focused on teamwork and employee participation. “It takes every person who works in this department to do what we do,” Dunlap said. “All of this happens under the leadership of our amazing director, Troy Held.”

During the awards presentation, District 5 Supervisor Jennifer Montgomery praised CSS for their devotion to serving the children and families of Placer County. “You all deserve these awards so much,” Montgomery said. “From the bottom of my heart, thank you.”