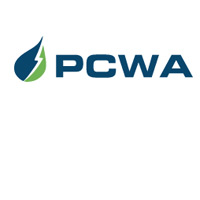 AUBURN, Calif. – At the October 4 meeting of the Placer County Water Agency (PCWA) Board of Directors, the Board received an update on Middle Fork American River Project (MFP) hydropower generation in 2018. Since the last update to the Board in early July, the year-end generation projection remains stable, at just over 1,000,000 megawatt hours (MWhrs), but revenue expectations have risen due to high summer energy prices.

Two weeks, in particular, are credited with the revenue increase. During the week of July 23, peak energy prices reached $887 per MWhr, while the week of August 6 experienced peak energy prices of $456 per MWhr. Both weeks coincided with high temperatures across much of the western United States, including normally temperate cities like Portland, Oregon, and Seattle, Washington.

“Because we dispatch energy that can be used anywhere on the grid’s Western Interconnection, the highest prices materialize when most of the west is hot, not just areas you’d expect like Sacramento and Phoenix,” said PCWA Director of Energy Marketing, Ryan Cline. “The higher energy prices we experienced over the summer increased hydropower revenues 15 to 25 percent over what we forecasted.”

In related news, the PCWA Board approved a contract to sell renewable energy credits, attributed to MFP hydropower production, to Pioneer Community Energy (PCE) for a period of two years. Under California law, PCE is required to procure renewable energy to meet their Renewable Portfolio Standard requirement; the MFP produces roughly 90,000 MWhrs of renewable energy credits each year and these credits will be transferred to PCE for 2019-2020.