Folsom Police arrested Kevin Michael Droese, 18 years old, of Folsom, for being in possession of Marijuana with the intent to sell it to high school kids.

On Friday, February 27, 2009, at approximately 12:30 p.m., Police were contacted by a Vice Principal for Folsom High School. The Vice Principal was alerted by another student that Droese had made brownies laced with Marijuana and brought them to school to sell. All of the brownies that Droese was suspected of baking were recovered by police.

Droese was booked into the Sacramento County Jail on one felony count of possession for sale. 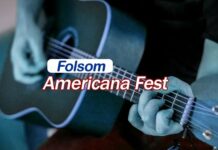