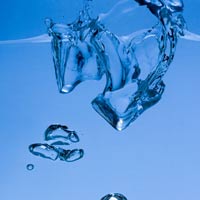 Lincoln CA, (April 30, 2008) – The City of Lincoln was awarded the Wastewater Treatment Plant of the Year Award on Wednesday, April 16, 2008 at the Annual Awards Luncheon of the California Water Environment Association (CWEA).  The award was made in the facility’s first year of eligibility in recognition of outstanding performance and records of safety and permit compliance.

Because of the consistent high level of treatment, the City recently was able to enter into a contract to sell the treated wastewater for agricultural irrigation.  The ability to turn wastewater into reclaimed water meeting all applicable state standards for reuse creates a new “revenue stream” for the city.

“The City is pleased for the acknowledgement of what we have accomplished”, said John Pedri, Lincoln Public Works Director. “From the beginning, we have planned for this facility to be an outstanding example of environmental stewardship while at the same time taking care to create an economical public works facility.  We have successfully addressed both goals and in the process provided a great service to the residents of our City.”

The City was nominated for the award by the local chapter of the CWEA with input from ECO:LOGIC Engineering.  ECO:LOGIC has worked closely with the City for many years to plan, permit, design, manage construction, start-up, and operate the award winning facility.  The project was planned to efficiently accommodate future growth in Lincoln, and to accommodate other western Placer County agencies that might choose to connect in the future.

Speaking at the dedication ceremony of the Lincoln treatment facility, a representative of the State Water Resources Control Board referred to the City of Lincoln facility as “the model for how wastewater should be treated in California.”  The facility is the first of its design, and the first to achieve all of the requirements of the Sacramento River and San Joaquin River Basin Plan and California Toxics Rule for removal of dissolved metals and other contaminants.

ECO:LOGIC operations staff has been awarded the Plant Safety Award by the Sacramento chapter of CWEA for the past three years.

The League of California Cities awarded the facility its prestigious Helen Putnam Award for Environmental Excellence in 2005.  The award was given in response to the City’s partnership with the development community to design and construct a state-of-the-art facility.

The City of Lincoln is located in Western Placer County at the intersection of State Routes 65 and 193.  Lincoln has a population of almost 38,000 people.

ECO:LOGIC is a consulting engineering firm based in Rocklin, California.  ECO:LOGIC employs over 150 professionals who specialize in planning, permitting, design, construction management and operations of water and wastewater facilities in Northern California and Nevada.