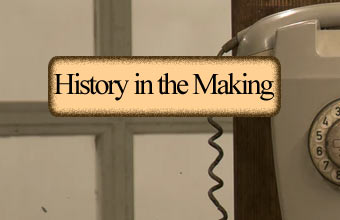 (Article originally featured on Roseville Today on December 12, 2007. )
Iowa Hill, CA- The rural Placer County community of Iowa Hill will soon have telephone service for the first time after the Board of Supervisors awarded a contract for the construction of the necessary telecommunication infrastructure to serve this community.

Funding for the system comes from a grant administered through the California Public Utilities Commission (PUC). The $2.25 million contract was awarded to Foresthill Telephone Company (Foresthill) for installation of the infrastructure to bring telephone service to the small community that sits between Colfax and Foresthill.

While construction is expected to begin soon after contracts for the work are finalized, the process to get phone service to the remote community has been taking place for a number of years. The Placer County Administrative Services Department, in its role as Fiscal Agent, has overcome several obstacles in keeping the project on track.

“County staff has been persistent in getting this service to Iowa Hill,” said Placer County Supervisor Bruce Kranz, whose district includes Iowa Hill. “They’ve faced budgeting issues, an environmental processes, a reluctant utility and other issues and still managed to get this done. I, for one, am pleased with their work as I’m certain the residents of Iowa Hill are.”

The project is being funded from a 2002 state law (AB 140) that provides grants for extending telecommunications services to underserved rural communities. The initial grant award was for $1.8 million, however the lowest bid received to construct the project was almost $1.4 million over the funded amount. The plan to install the infrastructure also required the CPUC to approve a boundary realignment to allow Foresthill to serve the community of Iowa Hill. The company that originally had Iowa Hill within its territory did not want to build the system.

After Foresthill agreed to take on the project, an additional $665,000 was needed. The Administrative Services Department requested and was granted the additional funding from the PUC. However, the contract amount of $2.25 million is still under the $2.5 million PUC project limit. There were additional expenditures related to the project that are not reflected in the $2.25 million figure. Placer County also asked the PUC to extend the grant period until the end of June, 2009.

“I’m so glad to see this finally happen,” said Jack White of the Iowa Hill Community Club. “They’ve definitely worked for a number of years trying to get land line service. Everyone is quite pleased.”

Mitch Drake, who will oversee the outside plant construction of the new system on behalf of Foresthill Telephone explained the need. “Most Iowa Hill residents currently don’t have a way to be contacted, nor a way to call for emergency services if they experience a need. This grant will be accomplishing its purpose providing service to rural America, a dial tone today and maybe high speed internet some day.”