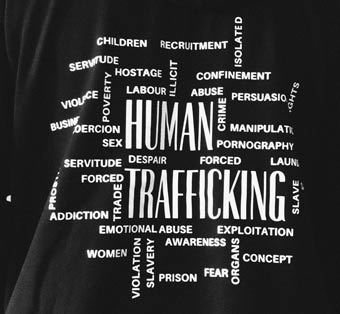 Occurring in Placer County more often than you may think

Sexual slavery and forced labor, the most common motivators for human trafficking, occur in Placer County more often than you may think.

Awareness of this trend is the first step in making our community less attractive to these criminals.

Human trafficking is the fastest growing illegal undertaking, and the world’s second most profitable enterprise behind drug trafficking.  It is estimated as a $32 billion industry with extremely high profit margins, luring more into the trade.

The United States is one of the top destination countries for trafficked victims and California is among the nation’s top four destination states.  Most enter our country from China or Russia and find their way to Auburn through Oakland and LA County.

Half of the victims are under 18 years old and most of them are female.

Brainwashing leads captives to believe that escaping, or even trying to escape, would cause themselves or their family members back home to be hurt or killed.  They are led to believe they owe their captor money and the amount they owe keeps growing.  Moved from location to location, they don’t always know where they are and become desperate and dependent on their captor for basic needs like food.

Traffickers buffer themselves from law enforcement by using other people, including their captives, to make initial contact with new victims.  When law enforcement is able to confront them, traffickers sometimes claim they live with and are supported by their parents or grandparents.

Gangs, expanding from trafficking guns and drugs to trafficking human beings, will set aside traditional rivalries to maximize profits promised by this evolving industry.

Aggressive uses of online tools with promises of “great jobs overseas” and “have your own apartment, don’t pay for anything” prey on a person’s desire to escape to independence or to help their struggling family.  Code words in advertisements attract customers for illegal services provided by victims.  Law enforcement must have increasingly sophisticated means to track down these offenders.

Laws specific to this crime, first passed in 2000, define human trafficking as a person intentionally depriving or violating the personal liberty of another.  California law made human trafficking a felony offense in 2005, and requires money accumulated by perpetrators to be confiscated and redirected to aid victims’ recovery.

Proposition 35, approved by voters in 2012, requires every field and investigative officer to complete at least two hours of training in handling human trafficking.  Officers are taught how to interview, investigate, and gather evidence with emphasis placed on the officer’s response to the victim.  Included in the law are mental and physical indicators that help officers identifying the victim, as protection if the victim is committing an illegal act.  Guidelines include supplying information about therapeutic community resources, part of a procedure called “rescue and restore.”

Staying aware of telltale signs and reporting them is the best way for us to keep human trafficking out of our community.

Some signs to look for in human trafficking victims are: 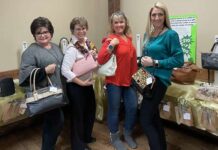