In 1914, Rocklins once-booming granite industry was waning due to labor strife and competition from cement-based concrete. The Southern Pacific Railroad had moved Rocklins roundhouse to 6 years earlier. And a peace officer died in the line of duty for the first time in Rocklins history.

Fires were ravaging Rocklins three-blocks long commercial district in the late 19th and early 20th century and businesses must have been struggling in 1914 as Rocklins population was declining. But Holmes Saloon on across from Rocklins railroad depot was thriving. Owner Uledi Holmes was a hard drinker who carried a pistol in his hip pocket.

Volunteer fireman Sam Renaldi became Rocklins Town Marshall in 1913 replacing George Willard who stayed on as Renaldis deputy. Renaldis new job paid $25 per month plus $3.50 for each arrest. For extra pay Renaldi buried dead dogs for $2.00 each. City records show that he made $30.50 in August 1913. That was his salary plus one arrest and one dead dog.

Residents near the commercial district complained often about late noise from Rocklins seven saloons. So Rocklins Board of Trustees ordered Renaldi to enforce Rocklins 12-midnight saloon curfew. They also told Renaldi to ensure that saloons were keeping empty beer kegs off the sidewalk.

On February 9, 1914 Renaldi cited Holmes for violating the saloon curfew. Holmes protested claiming that he served only food after midnight. At Holmes hearing the Board of Trustees scolded Holmes and ordered Renaldi to ensure that Holmes complied with the curfew. Witnesses said that Holmes then vowed to get even with Renaldi.

Ella Hovey worked in Holmes Saloon. Holmes might have been sweet on Hovey but she was afraid of Holmes surly manner and that hip-pocket pistol. On February 18, Hovey and Holmes argued. Hovey threatened to resign and left in a huff. Holmes followed her home and threatened to kill her if she resigned. Holmes then headed back to his saloon.

By early evening Holmes had drunk himself into a stupor and he headed back to Hoveys place. Sensing big trouble, Renaldi, Willard and Willards son Alfred followed him. As the three men approached Hoveys house they heard Holmes inside threatening Hovey again; they knocked. When Hovey answered the door Alfred grabbed her to safety. The three then left Holmes to sober up and adjourned to Blackwell and Hendricksons Livery Stable to decide what to do next about Holmes.

At 11pm Holmes appeared at the livery stable ready to settle up with Renaldi. Willard met Holmes at the door trying to calm him and looking for a chance to pin him on the ground. Meanwhile Renaldi circled behind Willard and ordered Holmes to surrender. Too late! Holmes reached back for his pistol and Renaldi fired hitting Holmes in the stomach. Holmes fired hitting Renaldi in the right side. Renaldi fired three times again, hitting Holmes above the heart, in the right arm and in the right shoulder. Both men slumped to the stable floor mortally wounded.

Holmes mother in summoned a physician to Rocklin to treat her son. The physician admitted Holmes to in but it was too late. He died the next day.

Rocklins Dr. H. D. Fletcher treated Renaldi and accompanied him on the next mornings train to the in . Renaldi died there later that day.

The city paid Renaldis mother $1,515 in compensation for her sons death.

Dr. Fletchers office was located in his home at , the site of todays . The museum is open from 1 to 4 pm on Wednesdays, Saturdays and Sundays.

Holmes Saloon burned down in 1922 and was never rebuilt.

The foregoing is a composite of 1914 newspaper accounts, and accounts by former City Counsel Member Marie Huson, who led a 1990 effort to have Renaldis name included on The Police Officers Memorial at 10th and Capital Avenue in Sacramento, and by 96-year old Ruben Ruhkala who knew Willards son and the sister of 2 boys who had hidden in the stable hayloft during the shootout. Ruben has published his account on the Rocklin Historical Society website at www.rocklinhistory.org. 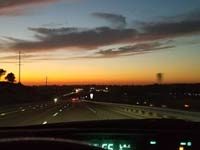