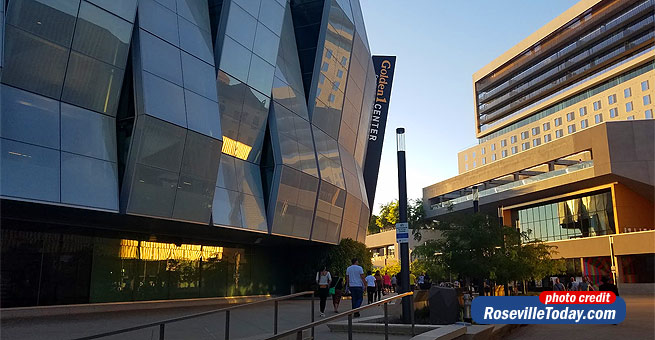 Sacramento, Calif. – Downtown Sacramento Partnership and the Greater Sacramento Economic Council unveiled new research explaining indicators that show the unprecedented change sparked by Golden 1 Center for the greater Sacramento region in its first year of operation. The home of the Sacramento Kings has become an economic engine for the city, grown downtown spending and visitors, and created a hub of entertainment for Northern California. The $1 billion investment in Golden 1 Center and Downtown Commons has built investor confidence in the city and helped to drive nearly $1 billion in additional urban investment since 2015.

“The arena has already far exceeded our expectations, becoming a catalyst for development and unprecedented investment activity in the downtown core,” said Michael Ault, Executive Director of Downtown Sacramento Partnership. “Our initial evaluation of the arena’s impact has demonstrated just how rapidly it’s changing the landscape of downtown Sacramento. We’re pleased the vibrancy and excitement growing around Golden 1 Center continues to shape downtown as a very attractive place to do business, visit and live.”

* Downtown property sales have totaled nearly $885 million since Golden 1 Center construction began.
* In the last year, 11 downtown properties with more than 1.3 million square feet of space sold, totaling approximately $359 million.
* Downtown employment grew 38 percent and 26 new ground floor retail businesses were created in the last year, with another 23 new businesses set to open in the coming months.
* On average, foot traffic at 7th & K streets has increased by 51 percent on event days.
* Golden 1 Center created more than 2,000 food and beverage jobs, accounting for over $31 million in wages, and nearly $79 million in new gross regional product.
* Golden 1 Center also contributed $3.5 million to the region’s agricultural economy by activating local producers and sources for food, beverages and ingredients to serve arena guests.
* In 2017, Golden 1 Center was ranked within the top 15 U.S. venues and in the top 40 worldwide in ticket sales, attracting over 1.6 million attendees who spent more than $71.5 million in downtown Sacramento.

“Golden 1 Center has been an instrumental part of the development and growth of downtown Sacramento,” said Barry Broome, President and CEO of the Greater Sacramento Economic Council. “The world-class arena is a key driver towards the economic prosperity of the region and is an important asset when we bring business prospects to the Sacramento region.”

“Golden 1 Center is an incredible example of how sports teams and a community can work together as a force for good and profoundly impact a region,” said Matina Kolokotronis, Chief Operating Officer of the Sacramento Kings. “We could not have accomplished so much in our first year without the support of the community, our incredible fans and partners. The future of Sacramento is bright and we are so humbled and proud to be a part of the team working to build the city of the future.”

“This arena is not just a home for NBA basketball; it is a beacon that shares the best of the region with businesses, innovators, icons of entertainment and people who are looking for an exciting new home,” said Sacramento Mayor Darrell Steinberg. “The first year is just the beginning- thanks to the vision and investment of the Sacramento Kings and the hard work of so many people in this community, we’ve seen new life in our downtown, and that ripple effect isn’t going to stop.”