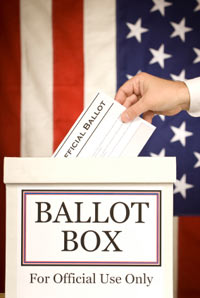 Folsom, Calif.- At its Tuesday, July 27 meeting, the Folsom City Council will again consider a resolution of intent that would start the process to transition the city from at-large elections to by-district elections, a move that would change how Folsom residents elect their City Councilmembers.

Since the City of Folsom was incorporated in 1946, the city has elected its Councilmembers through an at-large election system.

Under this system, registered Folsom voters elect the five City Councilmembers regardless of where the candidates reside in the city. Under by-district elections, the city is divided into five districts, and each voter within a district may cast one vote for a candidate residing within that district.

In February 2020, the city received a petition from the Folsom Area Democratic Club and numerous Folsom residents to begin the process to change City Council elections from at-large to by-district. In late October, the city received a letter from the petitioners’ attorney alleging that Folsom’s current at-large method of election may be in violation of the California Voting Rights Act (CVRA). On January 20, 2021, the city was served with a lawsuit alleging the city’s at-large election system is in violation of the CVRA.

Under the CVRA, public agencies can be sued whenever “racially polarized voting” can be shown in their at-large system of electing their representatives. “Racially polarized voting” occurs when there is a difference in the choice of candidates preferred by voters of a protected class and in the choice of candidates preferred by voters in the rest of the electorate. There has been no finding that the City of Folsom has violated the CVRA or any other law protecting Folsom residents’ right to vote. However, proof of discriminatory intent or historic discrimination is not required for a plaintiff to prevail in a CVRA lawsuit.

Due to the COVID-19 pandemic, Gov. Gavin Newsom issued executive orders suspending deadlines related to the CVRA, effectively placing a hold on scheduled public meetings to start the districting process. With the lifting of those orders on July 1, 2021, the city will resume public meetings about its election system.

The transition to district elections has become increasingly common in the state and Sacramento County, including the cities of Citrus Heights, Elk Grove, and Roseville, and the Folsom Cordova Unified School District. The legislature established a very low threshold for plaintiffs to win a CVRA lawsuit, and to date, no public agency has successfully defended a legal challenge to remain in an at-large voting system. The costs to defend a CVRA challenge can be tremendously high, in some cases well into several millions of taxpayer dollars.

The process for establishing districts is controlled by federal and state laws, including data from the federal Census. The city would be required to identify the number of districts, adopt a map, determine the election sequencing, and hold a minimum of five public hearings.

Residents are encouraged to learn about the issue and participate in the July 27 City Council meeting. Learn more at www.folsom.ca.us/districtelections. 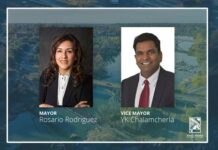