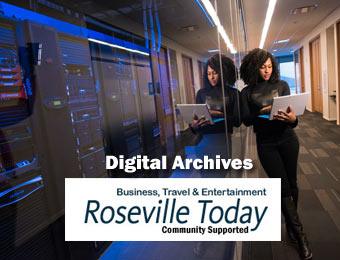 They dragged hay bales across the floor to make it slick, and then they danced to the music of Rocklin’s Echo Band until midnight. They adjourned upstairs for supper, rested awhile with the quarry-worker band members and then danced until 3 am.

This was a typical Saturday night for the early 20th century Finns of Rocklin. And this was Finn Hall, then and now the most visible reminder of Rocklin’s once dominant Finnish culture.

Rocklin’s first Finns were among millions of Europeans who immigrated to New York and other East Coast ports in the late 19th century. Finland’s harsh political conditions, made worse by a famine in the late 1860’s, pushed at least 350,000 Finns across the Atlantic between 1864 and 1920. Most settled in the Great Lakes States, but others headed west on the railroad. A large group settled in the San Francisco Bay Area, mainly in Berkeley.

Migration of large numbers of Finns to Rocklin started in 1880 when Finn John Mantyla established a granite quarry near the corner of today’s Rocklin Road and Pacific Street and encouraged Bay Area Finns to join him here as quarrymen.

By 1887 nine Finn families and dozens of single Finn men had located here as the granite industry boomed. High demand for Rocklin’s granite and machine-powered quarrying technology brought the quarries to their peak of activity by 1895.

Finns continued to migrate here at the turn of the century, many directly from Finland with the sponsorship of Rocklin relatives. By 1900 Finns owned more than half of the Rocklin’s quarries and were prominent in Rocklin’s politics, retail enterprises and social life.

As the granite industry flourished so did Rocklin’s saloons. Released from the strictures of Finland’s state church, and craving relaxation after hard days in the quarries, some Finns developed worrisome drinking problems. Concerned family members established Rocklin’s Finnish Temperance Society in 1889. At first the society met in a small building which later became Rocklin’s Evangelical Lutheran Church. But by 1900 the society was feeling the need for a larger building with a broader purpose, a focal point for Finnish recreation and social life.

Details on the construction of Finn Hall are sketchy. In her 1967 memoirs, Helen Kesti remembers that granite blocks for the steps and foundation were donated by Finnish quarry owners. Kesti’s father and his friends could name the source of every block and whose team of horses delivered it. Finn Hall was completed in 1905.

Kesti remembered that early 20th century Finn Hall was busy with the daytime socializing of Temperance Society women, mainly quilting parties and sewing bees. Husbands and sweethearts would sometimes join the women after work for band practice and parties. The powder room was often jammed with frolicking children playing among the baby buggies.

At Christmas, Santa Claus climbed down a ladder from an upstairs trap door to deliver candy and Whitney Ranch oranges.

Also, at about this time, Finns here formed the Rocklin Branch of the Finnish Kaleva Brothers and Sisters Lodge.  The lodge’s purpose was to preserve the Finnish language and to provide Finns with life and sickness insurance.

Despite the Kalevas’ best efforts “Finnliskaa”, a strange combination of English and Finnish words and grammar, gradually replaced spoken Finnish. Today traces of the Finnish language have almost expired here. , A few second and third generation Finns occasionally speak the language among themselves, especially at Finnish Social Functions.

The ability of the Temperance Society to influence and bind Finn culture must have waned during the 1910’s with the onset of Prohibition. Also Rocklin’s population declined as labor strife hit the quarries and builders opted for cement-based concrete in place of granite. Maintaining Finn Hall was an increasing financial burden for the Society and in 1948 they sold it to the Kalevas.

The Kalevas sold Finn Hall to Rocklin’s American Legion in 1959. The City of Rocklin bought the building in 1962 in order to preserve it.

Mantyla’s Quarry, lately named Big Gun Quarry, was Rocklin’s only surviving quarry until its owner closed it late last year. But Finn Hall continues to dominate its space downtown on Rocklin Road, an enduring reminder of Finnish influence in the development of our city.

The foregoing is based on Rocklin, California: An early Finnish Community by Susan W. Hardwick, with amplification by Roy and Rubin Ruhkala and Jean Sippola.