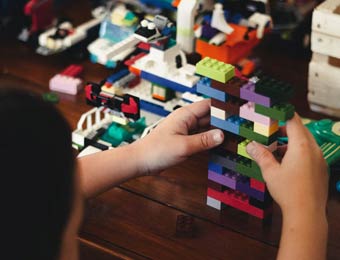 Sacramento, Calif.- Treatment at the earliest age when symptoms of autism spectrum disorder (ASD) appear – sometimes in infants as young as 6 months old – significantly reduces symptoms so that, by age 3, most who received the therapy had neither ASD nor developmental delay, a UC Davis MIND Institute research study has found.

The treatment, known as Infant Start, was administered over a six-month period to 6- to 15-month-old infants who exhibited marked autism symptoms, such as decreased eye contact, social interest or engagement, repetitive movement patterns and a lack of intentional communication. It was delivered by the people who were most in tune with and spent the most time with the babies: their parents.

“Autism treatment in the first year of life: A pilot study of Infant Start, a parent-implemented intervention for symptomatic infants,” is co-authored by UC Davis professors of Psychiatry and Behavioral Sciences Sally J. Rogers and Sally Ozonoff. It is published online today in the Journal of Autism and Developmental Disorders.

“Most of the children in the study, six out of seven, caught up in all of their learning skills and their language by the time they were 2 to 3,” said Rogers, the study’s lead author and the developer of the Infant Start therapy. “Most children with ASD are barely even getting diagnosed by then.”

Rogers credited the parents in the small, pilot study with making the difference.

“It was the parents – not therapists – who did that,” she said. “Parents are there every day with their babies. It’s the little moments of diapering, feeding, playing on the floor, going for a walk, being on a swing, that are the critical learning moments for babies. Those moments are what parents can capitalize on in a way that nobody else really can.”

Children diagnosed with autism typically receive early intervention beginning at 3 to 4 years, six to eight times later than the children who participated in the study. But the earliest symptoms of autism may be present before the child’s first birthday. Infancy is the time when children first learn social interaction and communication, so autism researchers and parents of children with the condition have been working to identify autism and begin intervention sooner.

Effective autism treatment relies on early detection so that a child can begin therapy as soon as possible, to prevent or mitigate the full onset of symptoms and sometimes severe and lifelong disability.

“We were very fortunate to have this treatment available for the affected infants identified through our study,” said Ozonoff, who directs the MIND Institute’s Infant Sibling Study, an early detection project that follows babies at risk for autism or ADHD from birth through age 3.

“We want to make referrals for early intervention as soon as there are signs that a baby might be developing autism,” Ozonoff said. “In most parts of the country and the world, services that address autism-specific developmental skills are just not available for infants this young.”

Of the seven babies in the study, four were part of the Infant Sibling Study. In addition to these four, the other three children were referred by community parents. The treatment group was compared with four other groups of children that included:

The treatment was based on the highly successful Early Start Denver Model (ESDM) intervention developed by Rogers and her colleague, Geraldine Dawson, professor of psychiatry, psychology and pediatrics at Duke University in North Carolina. ESDM is usually provided in the home by trained therapists and parents during natural play and daily routines.

Parents were coached to concentrate their interactions on supporting their infants’ individualized developmental needs and interests, and embedded these practices into all of their play and caretaking, focusing on creating pleasurable social routines to increase their children’s opportunities for learning. Parents were encouraged to follow their infants’ interests and subtle cues and gauge activities in ways that optimized their child’s attention and engagement.

The intervention focused on increasing:

Autism scores lowered by 18 to 36 months

All of the participants who received treatment were between 6 and 15 months old, lived within a one-hour drive of the MIND Institute, and came from families where English was the primary language. They had normal vision and hearing and no significant medical conditions. All received assessments prior to their participation and at multiple points throughout the study. The treatment group of seven children received scores on the Autism Observation Scale for Infants (AOSI) and the Infant-Toddler Checklist that indicated they were highly symptomatic and at risk of developing ASD. Their symptoms also elicited clinical concern from professors Rogers and Ozonoff.

The study measured the children’s and parents’ responses to the intervention. Treatment began immediately after enrollment and consisted of 12 one-hour sessions with infant and parent. It was followed by a six-week maintenance period with biweekly visits, and follow-up assessments at 24 and 36 months. The treatment sessions focused on parent-child interactions during typical daily life and provided parent coaching as needed to increase infant attention, communication, early language development, play and social engagement.

The children who received the intervention had significantly more autism symptoms at 9 months, but significantly lower autism severity scores at 18- to 36-months of age, when compared with a small group of similarly symptomatic infants who did not receive the therapy. Overall, the children who received the intervention had less impairment in terms of autism diagnosis, and language and development delays than either of the other affected groups.

Given the preliminary nature of the findings, the study only suggests that treating these symptoms so early may lessen problems later. Larger, well controlled studies are needed to test the treatment for general use. However, the researchers said that this initial study is significant because of the very young ages of the infants, the number of symptoms and delays they exhibited early in life, the number of comparison groups involved, and because the intervention was low intensity and could be carried out by the parents in everyday routines.

“I am not trying to change the strengths that people with ASD bring to this world,” Rogers said when asked whether she is seeking to “cure” autism.

“People with ASD contribute greatly to our culture,” she said. “The diversity of human nature is what makes us a powerful and strong species. We are trying to reduce the disability associated with ASD.”

“My goal is for children and adults with autism symptoms to be able to participate successfully in everyday life and in all aspects of the community in which they want to participate: to have satisfying work, recreation, and relationships, education that meets their needs and goals, a circle of people they love, and to be generally happy with their lives.”

Other study authors are Laurie Vismara of UC Davis and York University, Toronto; and A.L. Wagner, C. McCormick and Gregory Young, all of UC Davis.

At the UC Davis MIND Institute, world-renowned scientists engage in collaborative, interdisciplinary research to find the causes of and develop treatments and cures for autism, attention-deficit/hyperactivity disorder (ADHD), fragile X syndrome, 22q11.2 deletion syndrome, Down syndrome and other neurodevelopmental disorders.