Sacramento, Calif. – Assemblywoman Beth Gaines, R-Roseville, recently honored Sergeant Danielle Dumas of Lincoln as the 2011 Veteran of the Year for the 4th Assembly District during a special lunch at the State Capitol.

Dumas, a combat medic and current Group Medical Liaison with the Army National Guard in Roseville, has served overseas in Afghanistan where she received the Army Commendation Medal for her work as a Flight Operations Specialist for the MEDEVAC Company. As the sole night shift operations specialist, she was responsible for saving the lives and the transportation of soldiers, coalition troops, civilians and POWs.
“I am honored to recognize Danielle with the appreciation she deserves for her bravery and commitment to our country and district,” Gaines said. “Her unwavering, selfless contributions and dedication to serving and protecting our nation helps make our country a better place to live. We are so fortunate to have such dedicated service men and women like Danielle who devote so much of their time and sacrifice for our freedom.”

Prior to her 12-month deployment to Afghanistan, Dumas provided logistical support for the Gulf Coast relief efforts in 2005 and worked as a health systems specialist for the State Surgeons Office. Dumas has garnered more than a dozen awards and commendations during her Army tenure, including the Army Achievement Medal, National Defense Service Medal and Global War on Terrorism Medal.

Gaines and Dumas were joined by other veterans and elected officials from throughout the state for the fourth annual Veteran of the Year Recognition Luncheon held in Sacramento.  Gaines praised the veterans for serving our nation and reiterated her commitment to ensure that they receive all the benefits they have earned.

“I am very honored and grateful to receive this award and want to thank Assemblywoman Gaines,” Dumas said. “There are so many soldiers I am proud to serve with who deserve this award and I am honored to accept it on their behalf.” 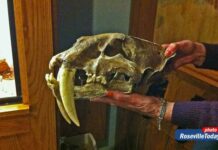 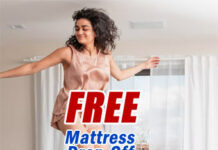